Articles about Uzbekistan
by Amber 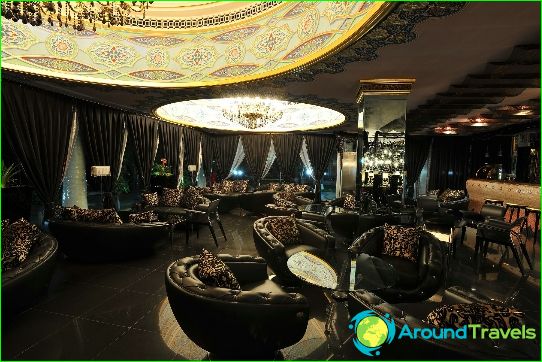 What does the average tourist know about Uzbekistan? The mention of the name of the country in the distant Karakum sands instantly recalls associations with bright skullcaps of oriental beauties and painted bowls with fragrant green tea. Handmade silk carpets and magnificent madrasahs of the ancient cities of Samarkand and Bukhara come to mind. Restaurants in Uzbekistan, which serve real pilaf - golden, like amber honey, and delicious, like the food of the gods, who for some reason briefly descended to earth for some reason - become an equally significant impression..

Scrolling through the menu

But restaurants in Uzbekistan are famous not for pilaf alone, and therefore true gourmets every day find special notes of novelty and discovery of the world on such a journey. For centuries, local cuisine has been created on the basis of the traditions of nomadic pastoralists and farmers, fueled by Persian and Tajik customs, listened to religious and clan characteristics.
Pilaf, lagman, and manti have common roots with specialty Asian dishes, but Uzbeks cook everything in a particularly colorful way. The inhabitants of the Karakum sands give special honor to bread, and therefore in the restaurants of Uzbekistan it is the flat cakes that are put on the table first and served "face up". This is followed by salads and snacks from vegetables and herbs, dolma or kabob, soups based on fermented milk drinks and crispy samsa pies.

In the labyrinths of old cities

Every Uzbek city has elite restaurants and simple street cafes, where pilaf, dolma and snacks are certainly on the menu. You can feel the real flavor of the East in any institution, because they all have interior delights and compete in terms of the original and authentic design.
But the real Uzbek cuisine, according to experienced tourists, is hiding in the historical part of the city, where real pearls of culinary art are hidden in the labyrinths of medieval streets. Such restaurants in Uzbekistan will never receive Michelin stars and critical acclaim, but it is here that they prepare the very real pilaf, for the sake of which true connoisseurs, along with the last shirt, are ready to lay their souls..