Articles about the Vatican
by Amber 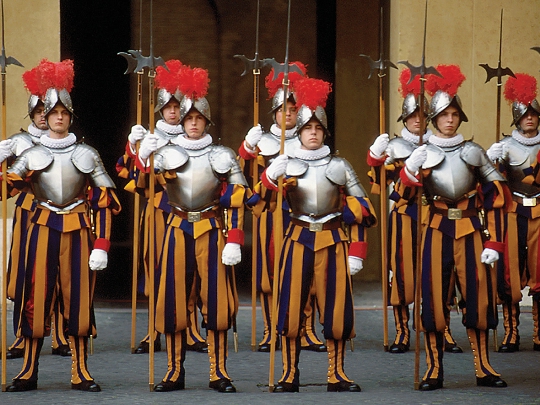 Located in the heart of the Italian capital, the Vatican State is one of a kind. On its territory is the seat of the Roman Catholic Church, called the Holy See. The traditions of the Vatican are a special set of laws that have been formed over the centuries, each of which is unique and important for believers around the world..

One of the most important traditions of the Vatican is the election of the Pope after the death or resignation of his predecessor. The assembly of cardinals who must vote for one of the chosen candidates is called a conclave. It is held in a locked room, which none of them can leave until the final election of the pontiff..
Those gathered in the square in front of St. Peter's Cathedral learn that the elections have taken place, with the help of smoke rising from the chimney of the Sistine Chapel. This Vatican tradition has existed since the 13th century. White smoke means that the decision has been made, but black smoke means that the election result does not comply with the regulations and the procedure is being delayed.

The invariable attribute of the papal vestments is a gold ring with the image of the Apostle Peter. He was a fisherman and his profile on the ring means that the pontiff is the spiritual heir of the saint. According to the traditions of the Vatican, after the death of the Pope, his ring is destroyed, and the newly elected pontiff receives his own with a name inscribed on it. The fisherman's ring serves as the pope's personal seal to certify his correspondence.

According to Vatican tradition, the Pope's protection is carried out by the Infantry Cohort of the Swiss Guard. It includes a hundred Swiss nationals, each of whom has a height of at least 174 cm.The age of the pontiff's bodyguards is from 19 to 30 years old, they are Catholics and speak German.
The history of the emergence of the papal guard goes back to the beginning of the 16th century, when Pope Julius II, who fought numerous wars, decided that he needed the best soldiers for his personal protection. The choice fell on the Swiss soldiers, and since then red-blue-yellow camisoles and berets with a red plume appear in all guides to the Vatican.

The Vatican does not have an airport, but a helicopter service is used here for fast communication with the "mainland". Helioport was opened in the second half of the twentieth century and foreign distinguished guests visiting the state use its services to avoid Roman traffic jams..