Articles about Bangladesh
by Amber 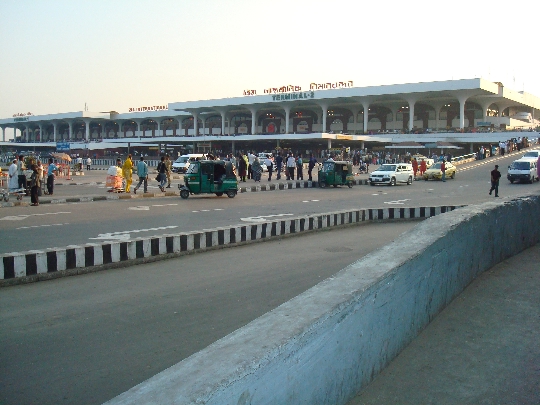 The largest population density on the planet is in the Republic of Bangladesh, and travel by train and car for foreign tourists is a real challenge here. That is why Bangladesh airports are very popular, and among the local population, including.

International airports in Bangladesh are located in different provinces of the country:

All air harbors accept flights both from abroad and from other cities of the country.

Bangladesh's main airport is located 20 km north of the capital Dhaka. Its three passenger terminals accept up to 8 million passengers a year, boarding and departing for 190 flights daily.
Dhaka airport terminals N1 and N2 are international, while N3 serves domestic flights. The ground floor of each terminal is the arrivals halls, while the upper ones are used for departures. In 2012, the airport's instrument landing system was updated and today it is considered one of the most modernized in the region..
Bangladesh International Airport works with three dozen airlines, including Air Asia, Air Arabia, Air India, Bangkok Airways, Etihad Airways, Singapore Airlines, United Airways. From here you can fly to Bangkok, Singapore, Guangzhou, Karachi, Delhi and dozens of other cities..
For Russian travelers, the best way to get to Bangladesh is to buy air tickets from Arab airlines connecting in Dubai, Sharjah or Indian ones and fly through Delhi or Mumbai. The flight time will be from 12 to 14 hours, depending on the duration of the connection.
Transfer from the terminals to the city is carried out by electric train, which departs from the Airport station opposite the exit from the arrivals halls. Travel time will be about 40 minutes.

Bangladesh Airport Osmani is suitable for those who seek to get to the east of the country. The city where the airport is located is called Sylhet and its center is only 9 km away from the passenger terminal, which can be covered by taxi. Despite its international status, only Biman Bangladesh Airlines aircraft, carrying passengers from Abu Dhabi, Doha and Dubai, land at this airport. All other planes run between this air harbor and the port in Dhaka.
Chittagong Airport is located on the border with Myanmar and receives flights from Kolkata, Bangkok, Kuala Lumpur and many domestic aircraft. You can cover 20 km from the terminal to the city center by train - the transfer will take no more than 40 minutes.