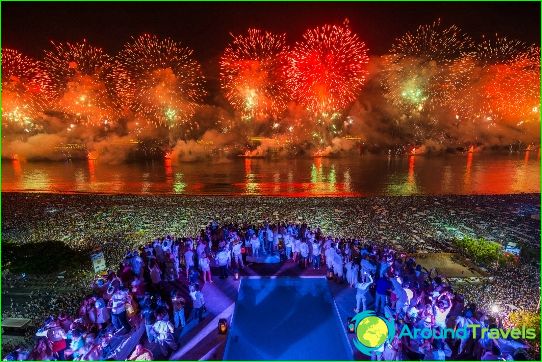 Brazilian holidays are very important for Brazilians, who celebrate them in a fun and noisy way, with songs and dances.

Festivals and holidays in Brazil

Are you dreaming of going on an event tour to Brazil? Travel agency managers will organize a trip for you, involving a visit to Formula 1 in Sao Paulo, in Rio de Janeiro - Marathon, in Manaus, Belene, Sao Luis - Folklore festivals, in Gramada - the Film Festival.

So, it is worth visiting the Brazilian Carnival (February-March) in Rio. Here you will find theatrical shows, a samba parade (14 famous schools are fighting for the title of winners - their performances last 80 minutes), all kinds of contests and masquerades, as well as a spectacle at which the mayor will symbolically hand over the keys to the city to the "king of the carnival" (he is on for 4 days has the right to issue any laws, and the main law is unrestrained fun).

It doesn't matter if you come to Brazil during the period of carnival processions or festive events in honor of local saints, you will plunge into a special festive and colorful atmosphere.