Articles about Croatia
by Amber

Holidays in Croatia in September 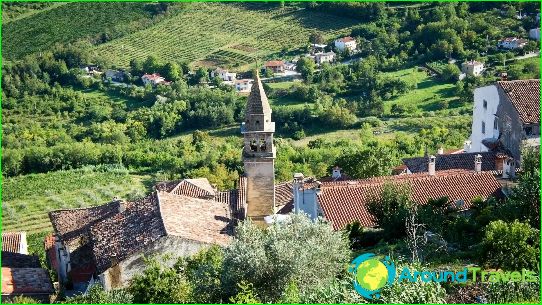 The weather conditions in Croatia in September can be really pleasing, because they do not at all resemble the autumn.

«Indian summer» falls in the first two weeks of September. At this time, the weather is stable, so a beach holiday is possible. By the end of the month, the rains begin to fall more often, so tourists begin to feel discomfort. Temperature readings in each region of Croatia are special. This can be explained by the landscape heterogeneity of the territory. The lowest temperature indicators are established in mountainous areas, which include Plataka, Sleme, namely + 15 ... + 16C.

In September, the amount of precipitation gradually increases. It should be noted that the northern regions are most affected by rain and moisture. In the southern regions there are 5 - 6 rainy days, in the northern - 9.

Holidays and festivals in Croatia in September

The beach season in Croatia is drawing to a close and cultural life is flourishing. Various activities attract many tourists who prefer a vacation in Croatia in September.

Prices for travel to Croatia in September

Prices for holidays in Croatia in September are gradually starting to decline, but this is not so noticeable. Savings, in comparison with July - August, can reach 20%. Without a doubt, these savings are not felt as strongly as in the following months, but the rest can be truly wonderful..