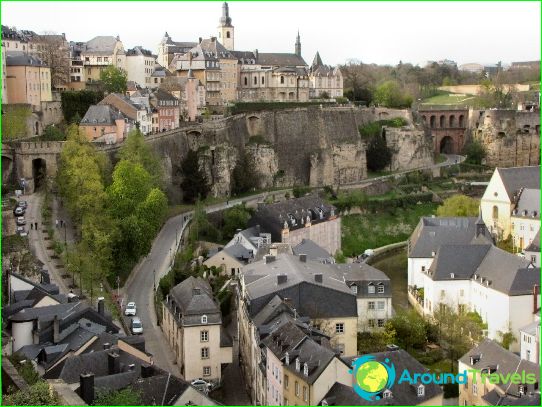 The Grand Duchy of Luxembourg is so tightly squeezed between its large and important neighbors that it is difficult to find it on the map of Europe right away. The name of the country comes from the German phrase "small town", which is not so far from the truth, because the size of the duchy does not even fall into the list of the first 150 countries on the planet. Nevertheless, tours to Luxembourg are very popular among lovers of calm European dimension, gourmet cuisine and good wines..

The first people on the territory of the duchy appeared many millennia before the new era. In more understandable historical times, these lands were constantly divided among themselves by the Franks, Gauls and the Romans. The beginning of the duchy was laid by the Lisilinburg castle, fortified to the teeth and capable of repelling the invaders. Then the Habsburgs, the Spanish kings and even Louis XIV were in power until Napoleon took matters into his own hands. Today, the Grand Duke is in command, and the laws are passed by parliament..
The capital of the duchy bears the same name with him. It is located at the confluence of two rivers, and in its gardens and parks, participants on tours to Luxembourg can observe not only squirrels typical for Europe, but also chamois with roe deer. The temperate and mild climate ensures pleasant warm summers and fairly snowy winters. Frosts are rare, and summer temperatures hardly exceed comfortable +25.