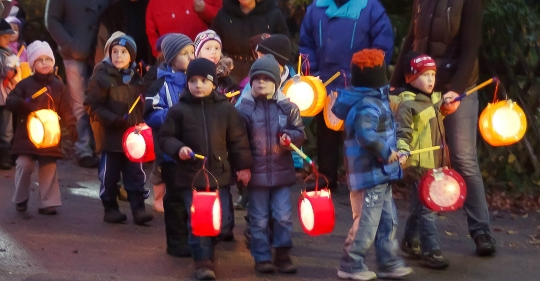 One of the smallest countries on the planet, Luxembourg gives the impression of a reserved and reserved little brother in a large and motley European family. The local residents are calm and solid, good-natured and correct, they easily come to the aid of guests who are lost in the ancient streets of the duchy. For tourists, the traditions of Luxembourg in many ways seem to be similar to the Belgian or even German, which is not at all surprising - the close proximity of these countries has left some imprint on the customs and mores of local residents.

Residents of the duchy from childhood get acquainted not only with the history of their country, its literature and exact sciences, but also with several foreign languages. Newspapers are published here in German and French, it is customary to communicate with tourists in English, and the local dialect is used only at the everyday level. To keep up with modern realities, a local resident must know at least three or four languages, and therefore the desire to get a good education is a Luxembourg tradition, which everyone has to observe here..
The national cuisine of the duchy partially resembles French, German, and Belgian, and therefore local chefs and housewives are also polyglots, only culinary. Guests will certainly be served fish or game, accompanied by excellent white wines. Brewing beer is another Luxembourg culinary tradition. It is similar to Belgian and has a special bright taste..

In honor of the flowers and the duke

Luxembourg boasts one of the highest living standards in the European Union, and therefore its residents deserve a huge number of holidays: