Holidays in Spain in October 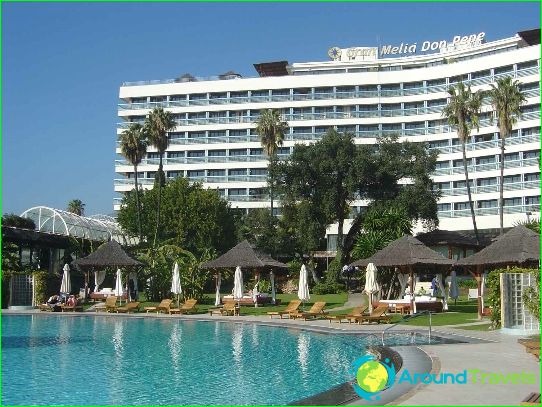 October is the last month to enjoy your beach holiday in Spain. The average weather forecast for Spain is the same. The air temperature drops to + 22C, and at night - to + 15C. However, the water temperature is + 20 ... 23C due to the fact that it retains the heat that it managed to accumulate over the summer.

In October, there are storms on the coasts, marked by squall winds. The central regions of Spain receive a significant amount of precipitation. Despite the fact that the weather conditions, especially towards the end of the month, are rapidly deteriorating, holidays in Spain in October are ready to please with pleasant impressions, because tourists can enjoy excursions and rich cultural leisure.

Holidays and festivals in Spain in October

Throughout October, vila hosts the Festivities in honor of St. Teresa, which include numerous events, among which should be noted concerts, attractions, bullfights. Solemn Mass and procession are held on October 15, on the birthday of St. Teresa.

A trip to Spain in October is sure to be remembered for a long time!