Suburbs of Las Vegas - photo, what to see

Articles about Las Vegas
by Ashley 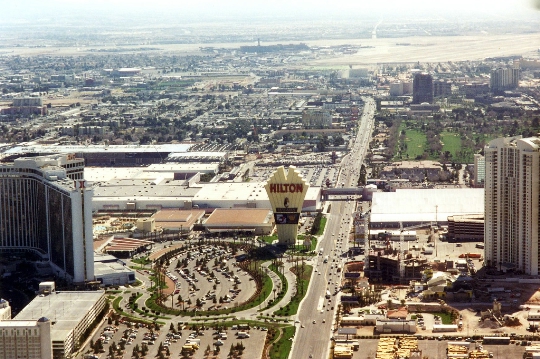 Paradise is, based on the administrative division, a suburb of Las Vegas, in which, oddly enough, almost all famous hotels and casinos are concentrated. It is here that the famous La Vegas Strip, a seven-kilometer street with gambling and entertainment establishments, passes. In the southern part of the boulevard there is a symbol of the city - the road sign "Welcome to Fabulous Las Vegas!" The international airport is also located in the territory of Paradise.
The Strip's story began in 1941, when a new law forced entrepreneurs to open gambling houses outside the administrative boundaries of Vegas itself. So the outskirts became the most popular tourist destination and grew from the suburbs of Las Vegas to the center of the global gambling industry..

Not a single tape measure...

...an inquisitive guest of Vegas is alive. The opportunity to see the colorful surroundings of the gambling capital of America turns into interesting adventures in one of the most picturesque national parks: