Airport in New York - "John F. Kennedy": scheme, photo. How to get to New York airport 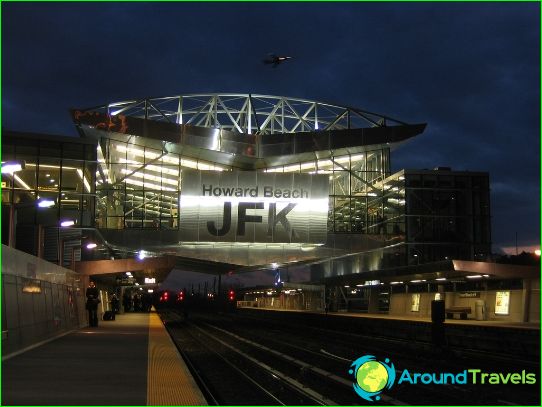 The largest international airport in New York is named after the 35th President of the United States - John F. Kennedy and is located in the southeast of the city, in the Queens area. In terms of passenger traffic, the airport ranks 17th in the world: more than forty-five million visitors pass through it a year. The city is connected with the airport by a well-developed transport infrastructure: the AirTrain high-speed railway line unites the airport terminal and two metro stations, several bus lines equipped with lifts for the disabled. In addition, there is a fixed taxi fee, when traveling from the airport to the Manhattan area - forty-five dollars, but when traveling in the opposite direction, the fee is charged by the meter. But the fastest way to the airport is by helicopter flying every hour from the Wall Street area. Eight minutes of flight, as well as going through security while still at the Wall Street landing stage, avoiding the line at the airport, costs $ 160.

The airport in New York provides a wide range of services for guests and passengers of the terminal, including wireless Internet Wi-Fi, with the possibility of payment at various tariffs, a developed system of parking lots for each terminal, where you can book a parking space online in advance, points currency exchange, excursion kiosks and stalls with printed products. In the terminals in the zone before and after customs control, there are branches of various world fast food chains, as well as restaurants and coffee shops, such as Starbucks and McDonalds. In addition, visitors to the terminal can purchase everything they need in various shops and boutiques, both before check-in and after, in the terminal halls..

For families with children, mother and child rooms are open in each terminal of Kennedy Airport, where there is everything necessary to ensure compliance with the regime - areas with cots for sleeping, as well as play rooms where small passengers can have fun and spend time waiting is not noticeable.

In addition, the airport in New York is pleased to provide its guests with the services of the best car rental companies, representatives of which are located in each of the terminals, in order to make the journey of passengers as pleasant as possible..