Coat of arms of new york 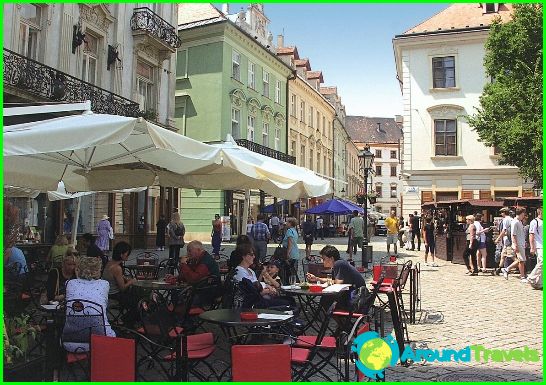 The use of the term "coat of arms of New York" would be incorrect. The authorities and the inhabitants of this large American city themselves propose a definition of "seal". It is placed on city documents, used in souvenirs, and all its elements correspond to important historical milestones..

The seal of the glorious city of New York will tell even the uninitiated about the year in which a new settlement appeared on the world map, since the numbers "1625" are written in the lower part of the image. The main elements of the composition are:

Each of these elements has its own meaning, some are easy to read even by children, only specialists can understand the etymology of others. For example, male supporters, dressed in different ways, one of them is a colonist, in European medieval clothes, the second has details indicating his Indian origin.

It is known how the conquest of American territories went on, what battles were between uninvited guests from the Old World and local residents. The image of two people from different worlds, emphasizes the desire for tolerance and a peaceful life of modern New Yorkers.
The predatory eagle is one of the most famous American symbols. On the coat of arms, he leans on the globe, as if symbolizing the strong American power, its dominant position in the world space.

Coat of arms of Bobruisk?

Such an association would have arisen among residents of a small Belarusian town when looking at the shield of the New York seal. On a blue background, the wings of a mill are depicted, conventionally dividing the field into four parts. Two of them contain oak barrels, symbolizing wealth and trade, the other two contain images of beavers, which are the most famous symbols of Bobruisk..

These amazing animals played a role in the life of New Amsterdam, as New York was formerly called, since the city became a place where valuable beaver fur and "beaver stream", a secret secreted by the special glands of the beast, were actively traded..

Of particular interest is the inscription on the seal. It is in Latin and contains the word EBORACI, which stands for "Eboracum", which was considered the capital of one of the provinces of the Roman Empire. The name of the city underwent many transformations until it became the famous New York.