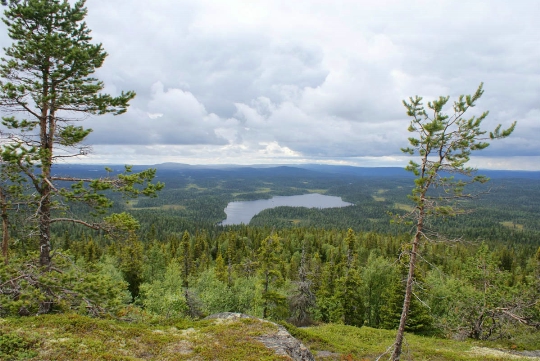 More than 160 specially protected areas include the nature reserve fund of the republic. Among them are reserves and national parks. Karelia boasts a unique nature, which is becoming the object of close attention of numerous tourists.

Three national parks of Karelia occupy a total of about 300 hectares of the republic's territory:

The edge of taiga forests

The first national park in Karelia was Vodlozersky. The decree on its formation was signed in 1991, and since then hundreds of thousands of guests have visited the UNESCO Biosphere Reserve..
Of great interest for tourists is not only the observation of wild animals living in the real Karelian taiga, but also the opportunity to go in for active rest. The park staff organize special educational programs for students, conduct excursions and walks on lakes and rivers, and offer hiking trails. Boats and equipment can be rented here, and professional guides will be happy to answer any questions. The site of the Vodlozersky park - www.vodlozero.ru The administration is located at the address: Petrozavodsk, Parkovaya st., 44. Phone - (8142) 764 417.

The singing name "Paanajarvi" gave this national park of Karelia the deepest lake in Fennoscandia. The reserve has existed since 1992, and tourists are offered picturesque landscapes with rapid rapids, virgin forests and snow-capped mountain peaks..
A permit to visit the park is issued by its administration in the village of Pyaozersky. It is better to check the cost of excursions on the official website - www.paanajarvi-park.com. Guests under 18 years old, large families, pensioners and some other categories of visitors have the right to discount tickets, and children under 7 years old and WWII veterans are invited to the park for free. The minimum price of the excursion is from 200 rubles.

To the sacred stones

An excursion to the young national park of Karelia in the Kostomuksha district will appeal to both children and adults. 700 sq. km there is a huge number of natural attractions, the most famous of which are the Käunas waterfall, the Saami sacred stones of seida and pine groves with relict trees with bronze bark.
"Kalevala" National Park - places of power of the ancient peoples of Karelia. It was here that the folk epic "Kalevala" was created and since then the nature in these places has hardly changed..
Details about the work of the park are available on the website - www.kalevalsky-park.ru.

Photos of national parks of Karelia