Home › Articles about China › What is the sea in China? Sea in China: photo, map

What is the sea in China? Sea in China: photo, map 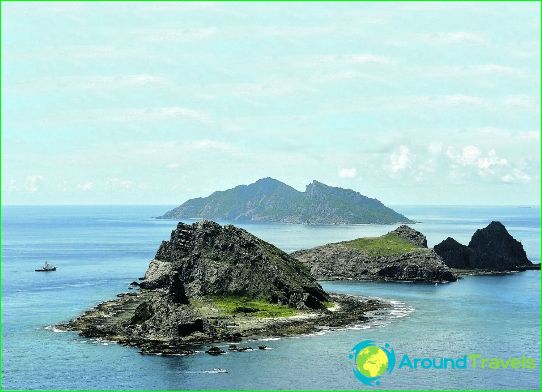 Ranking third in the world in terms of area, the People's Republic of China also has a considerable length of coastline. The seas of China washing its shores are the East China, Yellow, South China and Korean Gulf..

The very first European to find himself on the shores of the Yellow Sea was Marco Polo. This sea got its name from the color of the water, caused by the sediment of the rivers flowing into it, and dust storms, which add an uncharacteristic shade to the water. The Yellow Sea washes China in the east and is a semi-enclosed sea of ​​the basin of the largest ocean on the planet - the Pacific. It belongs to not the deepest and its point farthest from the surface is located at the level of 106 meters. The water temperature in the Yellow Sea reaches +28 degrees in summer and in the south, and in winter and in the north the sea even freezes for several weeks.
For the people of China, this sea is of great importance as an object of fishing. It is rich in fish resources and annually yields thousands of tons of catch in the form of cod and herring, as well as mussels and oysters..

And what's in the south?

If you look at the map, you can see which sea washes China from the south. This is the South China Sea, where Hainan Island is located. It is here that numerous hotels have been built, and lovers of oriental exoticism and high-quality service prefer beach holidays in Hainan. The main resort of Sanya is the center of the international tourism zone, and in the capital of the island, Haikou, there are many entertainment and shopping complexes..
The water temperature in the resorts of the South China Sea ranges from +20 degrees in winter to +29 in the summer months. The salt concentration reaches 34%, which is approximately equal to this indicator in the Mediterranean Sea. The maximum depth of the reservoir is more than 5.5 kilometers.

For the sake of objectivity, it is worth noting that when answering the question which seas are in China, some geographers list, among others, the Taiwan Strait:

The PRC government has decided to build an underwater tunnel under the Taiwan Strait. Its length is still unknown, but it is assumed that it could be up to 200 kilometers. In any case, this railway tunnel will be the longest on the planet among similar underwater tunnels..

Photos of the coast of China