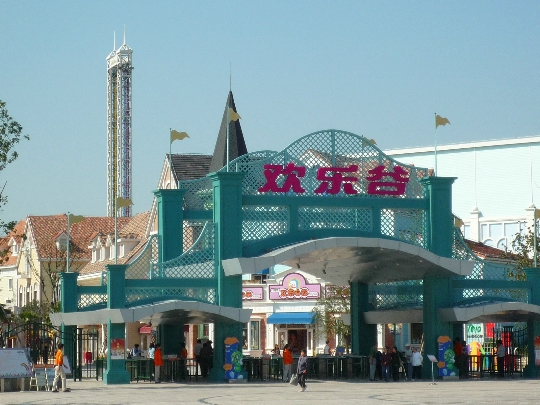 Entertainment in China is as unexpected and varied as China itself.

If in other zoos it is forbidden to feed animals, then here herbivores can not only be pampered with their favorite delicacy, but even petted. In total, about 600 species of animals live on its territory. The most popular with visitors is the giant panda family..

The zoo has its own oceanarium where you can watch beautiful shows. The main participants are dolphins and sea lions. You can also walk through the transparent tunnel through the shark aquarium.

The island is located near the city of Sanya, just 80 kilometers. But you can get to it exclusively by air. Monkey island with «big land» only a cable car connects. And it can even be called a separate attraction. The cabin floats smoothly over the relict groves, town and bay.

The island is, in fact, a huge park that has become home to two thousand monkeys. These animals are everywhere here. They hang out in the trees, move on the grass, get visitors, beg for sweets, and also hooligans, trying to rip off the tourists they like bright trinkets.

The park has its own circus. And not only monkeys act in it, but also other animals. And the money for the performance is collected by the parrot, so there are no defaulters here..

The largest Asian zoo, covering an area of ​​130 hectares. The natural park is located on the shores of Lake Dongshanhu.

The park is home to thousands of different species of animals and birds, and the garden is filled with numerous tropical plants. It is simply impossible to walk around the gigantic territory, therefore, excursions here go on off-road vehicles, accompanied by a professional guide and driver..

Not only meetings with animals will be interesting, but also the local nature. For example, on a local mountain you can look at stones of unusual and sometimes rather bizarre shapes..

The square in front of the building is decorated with a bright sculpture in the form of a huge theatrical mask. This can be called an identification mark that does not allow you to just walk by..

The auditorium never remains empty, and performances are held here every day. The repertoire is represented by both classical folklore operas and socialist realist revolutionary performances. And, of course, any performance is accompanied by deafening sounds from percussion instruments. This is an integral part of any production, a tradition that originated in the distant past..

The theater is designed to accommodate 800 people. There are also VIP-boxes in the hall, intended for the wealthy strata of citizens. And if you really want to see a real Peking Opera, then you should definitely get to the local performance..

Holidays in Hungary with children - photos, ...