Holidays in China in September 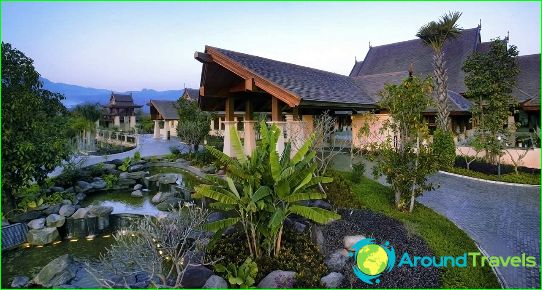 Weather conditions in China vary significantly, as they depend on the region of the state.

Weather in China in September

The coldest weather is set in the Lhasa district (Tibet). During the day, the air warms up to +19 degrees. Tourists should be prepared for significant daily temperature fluctuations. Moderate average temperatures are established in the eastern regions: Shanghai + 27C, Lanzhou + 25C, Harbin + 20C. The night temperature can be + 14 ... + 20C, because it depends on the region. The southern regions of China are the hottest, but at the same time it often rains in September. For example, there may be 17 rainy days in Sanya. However, the daytime temperature is + 27 ... + 30C.

When planning a vacation in China in September, you need to prepare for the fact that the weather is humid almost everywhere. The largest amount of precipitation falls in Hong Kong (290 millimeters), as well as in Shanghai (150 millimeters). The least rainfall is in the central regions, in Lanzhou, in the Tibetan Plateau.

Weather conditions allow you to enjoy the trip, because tourists can see famous sights and attend interesting events.

Festivals and Holidays in China in September

Holidays in China in September is a unique opportunity to enjoy a rich cultural leisure.

Traveling to China can please with interesting pastime and rich cultural leisure, but only if you make a detailed plan and take into account the peculiarities of the weather in September.

Photos of holidays in China

Where to eat in Riga - inexpensive ...

Holidays in Switzerland in June: prices and ...