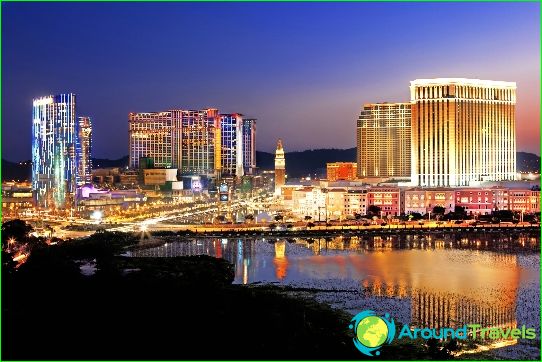 A slice of true western Europe in China is the Macau Autonomous Territory. The oldest Old World colony in Asia originated in 1513 when Portuguese sailors first landed at the mouth of the Pearl River. Since then, Portuguese has been the second official language here, and tour participants in Macau can observe the ruins of Catholic cathedrals and real European secular architecture among typical Chinese signs and modern skyscrapers..

The Macau Peninsula was once an island until it was connected to the mainland in the 17th century. For more than four hundred years, it was ruled by the Portuguese, and upon returning to China, Macau was able to obtain a special status, according to which the Chinese government is now responsible only for diplomatic relations and defense. The rest of the inhabitants of Macau do themselves, including the formation of economic and customs policy..
UNESCO maintains and protects many of the historical and cultural sites that are the reason for buying tours in Macau. There are almost thirty ancient buildings and structures and eight city squares on the World Heritage lists..