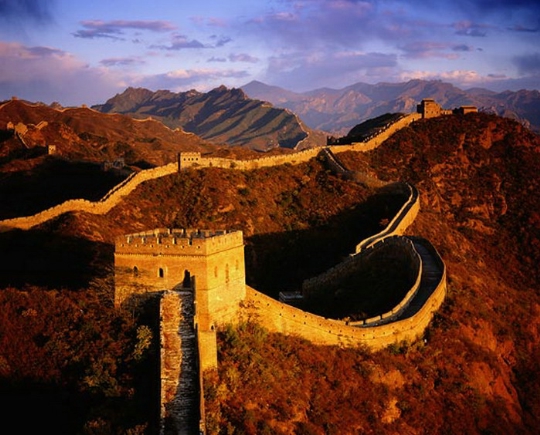 A trip to China - a country that occupies a huge area - simply obliges you to know the capabilities of the country's transport system.

There are over 700 different routes in China. As a rule, there are a lot of people who want to travel by plane, so it is best to book tickets in advance..

The Chinese Railway ranks third in the world in terms of its length. As well as for airplanes, tickets for trains must be ordered, since the railway can be overloaded. Especially on holidays.

You can travel around the country by taking a leisurely trip along the rivers of China. River shipping in the country is well developed. There are some particularly popular routes:

China is all entangled in roads. If necessary, you can get to any village center, even in the most remote province. If you wish, you can rent a car and you can do it already at the exit from the airport But just remember that almost no one observes the traffic rules on the roads..

Bus or trolleybus is the safest way to travel. There are even air-conditioned buses, but the ticket costs a little more. But it's worth it as they are less crowded during rush hour and there are always free seats in the cabin at normal times..

Many buses run without conductors. At the entrance, passengers simply put money in a box, which is located near the driver..

There are subways only in three cities - Beijing, Guangzhou and Shanghai. There are no crowds like in Moscow, which is very pleasing. But there is a significant disadvantage - it is very slow. Trains run in 5 minutes.

It is this method of travel that excites the imagination of all guests of the country and pushes them to experience an indescribable sensation from the trip. But this desire is enough for a maximum of two trips, and most often everything ends after the first.
The rickshaw agrees to take you anywhere (after all, you pay), but at the same time he may simply not know the road. Plus, a pedicab is very slow. But the motto version of such movement forever discourages the desire to ever sit in this «miracle cart».

Many people in China prefer to travel around the city on bicycles. True, for guests of the country who are not used to such active traffic on the roads, it may seem too difficult. But you can get used to everything. But to get from one city to another by bike will not work, since it is forbidden to ride on the Autobahn..