Havana - the capital of Cuba 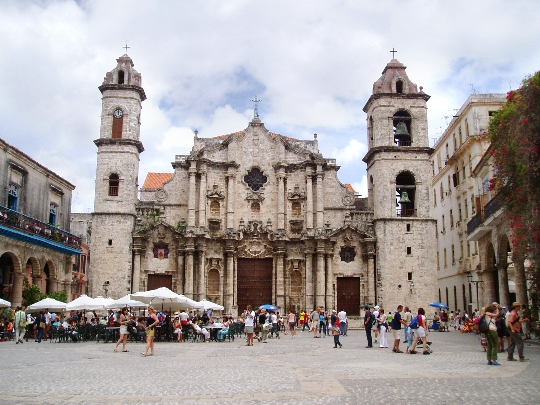 Havana, the capital of Cuba, seems surprisingly familiar to many residents of the former Soviet republics. A very beautiful date is approaching - the five hundredth anniversary of the city's founding, so preparations for the celebration are already in full swing. And the whole planet knows that Cubans know how to have fun.

If you look at the map of Freedom Island, you will notice that the so-called chain of «Eastern beaches». Therefore, a visitor to Havana can combine city walks and sightseeing with relaxing on the coast..

Interestingly, the residents of Havana themselves prefer to relax on the Bakuranao beach, but only a few foreign tourists can be seen there. The main contingent of this place is divers, because there is a very beautiful underwater kingdom here. And the first object of attention of researchers of the depths is a sunken ship. There are diving centers on other beaches near the capital..

Each of the Havana beaches has its own flavor, on one of them the fun does not end either day or night, others, for example, El Megano beach allows you to spend time alone with the Pacific ocean waves or relax in a cozy restaurant.

The main attractions of Havana

The city has preserved many beautiful old streets, squares, architectural monuments of the past. The first trip around the city can begin with an acquaintance with the squares, they have very beautiful names - Plaza de Armas (Armory), Plaza Vieja (Old) or Plaza de la Catedral, it is clear without translation that this is Cathedral Square.

Instead of exploring the capital of Cuba on your own, you can order one of the popular tourist excursions, including:

Another interesting point of the route can be the observation deck, which is located at the top of the obelisk tower, erected in honor of the heroes of the Cuban revolution and their leader Jose Marti. The obelisk is located on the Revolution Square, there is also a memorial complex. Cubans carefully keep items related to the life of Marty, whom they call «apostle of the revolution».