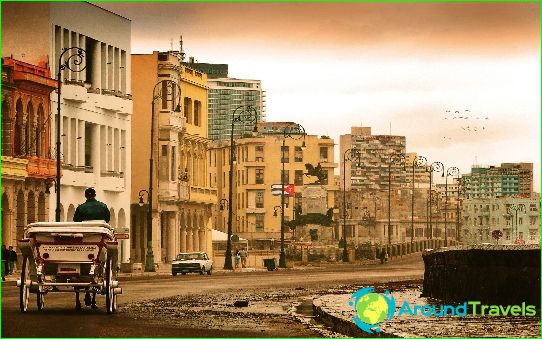 Liberty Island can give some of the most vivid tourist impressions, and therefore thousands of tourists are striving here, despite the long-distance flight and language barriers. However, Cuba can and loves to speak Russian, because once many of its inhabitants lived and studied in the cities of Russia and other fraternal republics.
Centuries-old Spanish colonization, mixing of various bloods, African and Indian customs left over from ancestors, became the reason for the emergence of the most vivid and magnificent cocktail called "Cuban Culture".

Cities from the picture

UNESCO adds nine Cuban objects to the lists of the World Cultural Heritage of Humanity, among which are the historical centers of its cities:

The famous Cuban cabaret "Tropicana" is as indispensable a symbol of Havana as the Capitol or the statue of Christ. Here every evening there are great shows with the most beautiful Cuban girls. Cabaret "Tropicana" has become part of the culture of Cuba. It demonstrates to the guests the very character of the Cuban people - bright, distinctive, optimistic and very fiery..

Literature and its heroes

Cuban literature has come a difficult path, and its ideological leader and inspirer was Jose Marti, a poet, writer, journalist and public figure. His political ideas, expressed in literary works, were perceived by the people as a guide to action. Jose Marti led the fight to liberate the island from Spanish rule.