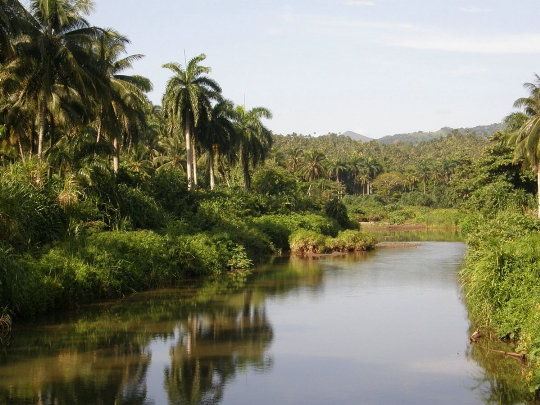 Liberty Island is lured by the turquoise blue of the Caribbean and white beaches, the old charm of colonial Havana and salsa lessons in town squares on Sunday afternoon. And then there are travelers who dream of visiting the national parks of Cuba, where natural attractions and cultural and historical heritage of the republic are preserved with special attention..

The three parks on the island differ from each other both in nature and in the tasks assigned to their workers:

In the hut of the tabachnik

Like a patchwork quilt thrown over the Viñales Valley - this is how tobacco plantations look from the height of the observation deck at one of the local hotels. The Cuba National Park in the west of the island was included in 1999 as a UNESCO World Natural Heritage Site, and it is here that you can get acquainted with the traditional farming methods of the Caribbean region.
The natural landscapes of the Viñales Valley are the mogote hills, reaching half a kilometer in height, and the huts of peasants on the fertile red soil of tobacco plantations. The caves in the vicinity are an additional tourist attraction. Underground rivers have paved many kilometers of galleries ending in pristine lakes.
You can get to Cuba National Park by regular buses of the Viazul company from Havana or Trinidad, with excursions ordered at the Transtur agency, by a rented car (issue price from $ 40 per day, depending on the season and car brand) or by taxi (you can negotiate with by taxi drivers on a one-day tour from Havana at a price of $ 50 plus petrol).

In the lists of UNESCO

Cuba's National Park in the provinces of Holguin and Guantanamo is named after the German scientist Alexander Humboldt, who was engaged in botany, physics and other natural sciences. Several hundred species of Caribbean flora grow on the territory of the park, some of which are found only on Liberty Island, and the landscape diversity and many ecosystems made this natural site worthy of the UNESCO World Heritage List..
Excursions to the park are only possible in organized groups. Travel companies located in the cities of Holguín and Santiago de Cuba offer to sign up for a trip..