Tbilisi Zoo - photo, price, opening hours. How to get to the zoo in Tbilisi

Articles about Tbilisi
by Audrey 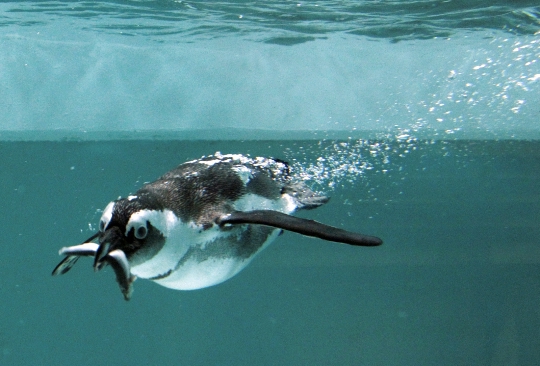 You can spend a weekend with children in the capital of Georgia in different ways, but visiting the zoo is one of the favorite scenarios for a holiday or birthday for both local children and their parents. The zoo in Tbilisi first received guests back in 1927 and since then its open-air cages in the city district of Saburtalo have more than once become a venue for open lessons in zoology, and a convenient way to introduce kids to smaller brothers, and even a set for the film studio "Georgia-Film ".

The Tbilisi Zoo, whose name makes regular visitors smile, contains more than 800 animals representing two hundred different biological species. The most popular guests call the white rhino, Asian leopards, hippos and lions, but the aviary, traditional for this region, does not suffer from a lack of attention..

Intensive scientific activity has been carried out at the Tbilisi Zoo since the first days of its opening. In 1936, an experimental laboratory was created there, where interesting experiments on hybridization were carried out. By crossing the Dagestan tur and a wild goat, scientists obtained a hybrid of a goatur, and a horse of the Tushino breed and a zebra gave offspring, called a zebroid.
In 1938, the zoo received exotic elephants, chimpanzees, hippos and parrots as a gift from Moscow; it was decorated with Australian black swans, silver pheasants and American ostriches.
In 2015, the Tbilisi Zoo experienced a terrible flood that claimed the lives of nearly three hundred inhabitants. Thanks to the heroic efforts of the public and the zoo workers, it has been restored. Despite the fact that some of the animals died, the livestock is recovering and three months after the disaster struck, the favorite resting place of Tbilisi residents again received visitors.

The exact address of the zoo in Tbilisi is st. Kostava, 64, Tbilisi, Georgia. You can get here:

The opening hours of the zoo depend on the season:

The price of an adult ticket is 2 GEL, a child ticket (from 3 to 12 years old) - 1 GEL. Kids and people with disabilities can visit the park for free. To confirm the right to benefits, you must present a document with a photo at the checkout.

Several children's attractions are open on the territory of the Tbilisi Zoo, as well as souvenir shops and cafes. Here biology lessons are held for schoolchildren and students of local educational institutions.