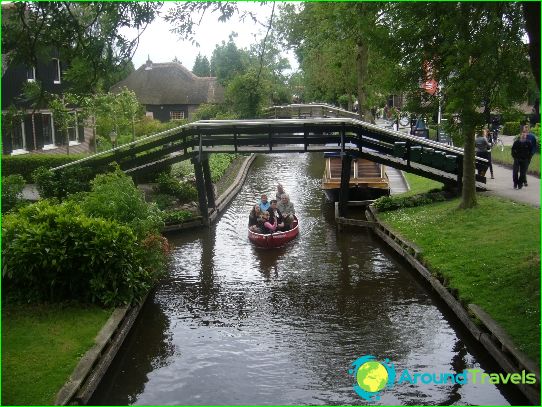 Tulips and windmills, wooden shoes and insanely delicious herring, a red light street and a spider web of hundreds of canals - this is how the average traveler imagines tours to Amsterdam. In the Dutch capital, there are many other interesting places and attractions, and there are countless adventures on the tourist head in the city on the Amstel River..

The capital of the Kingdom of the Netherlands is located at the confluence of the Ei and Amstel rivers into the North Sea. The city literally stands on the water, and therefore during the heyday of the kingdom in the 17th century, it grew to one of the most important ports in the world. Amsterdam is located two meters below sea level. It was the dam built here in the XIII century, which protected the area from floods, which allowed the emergence of Amsterdam.
Three St. Andrew's crosses on the coat of arms of the city symbolize the firmness, valor and mercy of its inhabitants, who for many centuries have recaptured the territory from the water and grow beautiful flowers and friendly children on it.