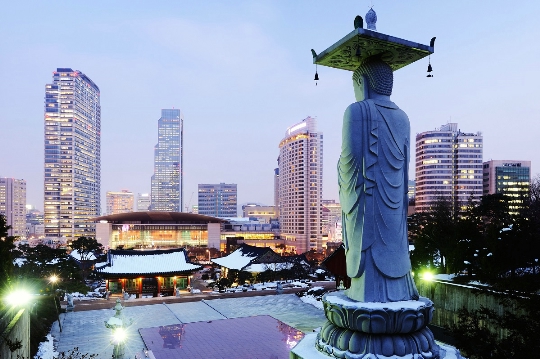 South Korea is a country with a rich and unique culture, many of the nuances of which foreign visitors should know. National characteristics of South Korea are manifested in various spheres of everyday life.

The nation is rightfully proud of its cuisine. So what to consider?

Kimchi, which are fermented vegetables with a lot of spices, has long been considered an attribute of the culture. Peking cabbage is most often used for making kimchi, but sometimes preference is given to kohlrabi leaves, eggplant, cucumbers, radishes. It is impossible to imagine any meal without this dish.!

Koreans are very fond of rice, which they can eat for breakfast, lunch, dinner, on weekdays and holidays. However, remember that it is customary to eat rice in South Korea with a spoon, and the bowl should not be brought to the mouth.!

Koreans can eat dog meat. Such delicacies are respected by men and are usually ordered in the summer. State authorities seek to prohibit restaurants from using dog meat for cooking, because the state must be rehabilitated in the eyes of the entire civilized world.

The national alcoholic drink is soju, which resembles vodka but is made from grain or potatoes. Please note that in South Korea alcohol can only be served with meals.

Important Features of Traveling to Korea

South Korea is a densely populated country, as most of its territory is mountainous. It is between the numerous mountains that small plains with large cities are located..

You need to be extremely careful: you should not count on being asked to step aside or give you way, Koreans can just push you away, and getting to the counter in any store, crossing the street, using public transport can be somewhat difficult.

You can visit South Korea and decide on a long hike in the mountains. This is especially true if you are friends with a Korean, because hiking is something of a national hobby..

Patriotism and attitude to the motherland

Koreans truly love their country and are ready to fight for a happy future. Be prepared for city street demonstrations to be a typical sight.