Buster - the capital of Saint Kitts and Nevis 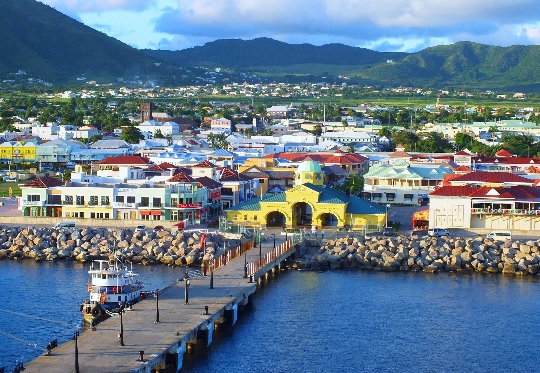 Saint Christopher - this was the first name that the capital of Saint Kitts and Nevis had. Residents of a small island nation located in the West Indies can be proud that the country's main city is one of the five most ancient settlements in this part of the planet..

And although the population of the capital is just over eleven thousand people, it dates back to 1627. From the name it is clear that the French had a hand in the foundation of the city; it was the guests from a distant European country that gave the name to the main city of their colony. Modern name - Buster.

An excursion into history

A special role in the development of the French colony and, of course, its center belongs to Philippe de Longueville de Poins. When he took over as French governor of Saint Kitts in 1639, the city developed at an extremely fast pace. The new leader understood that the construction of a major port could significantly change the balance of power in this region..

Very soon Basseterre became one of the largest ports in the Caribbean, received the status of the capital of the West Indies - that part of it that was under the protectorate of France. Philippe de Longueville de Poins served as governor until his death in 1660.

And a hundred years later, the French were expelled from the island, but not by the locals, but by the British. Historians note that Buster has one of the most tragic stories, since the struggle for spheres of influence in the Caribbean did not stop, because of which the city was subjected to military destruction many times (colonial wars).

Natural disasters also did not pass him by - floods, earthquakes, hurricanes. Oddly enough, many of the old buildings in the historic center were able to resist, they were restored and proudly displayed to the guests of the capital..

At the crossroads of cultures

Considering such a difficult historical path, multiple changes of power, colonization, one can understand why the styles and cultures of different peoples and times intertwined in Buster. Among the main attractions of the capital of Saint Kitts and Nevis, tourists primarily distinguish:

The latter has become a favorite walking place not only for guests, but also for residents of the capital. Many of them took part in planting trees, shrubs, ornamental plants. A record number of gardeners who worked on the landscape is named - 10 thousand people.