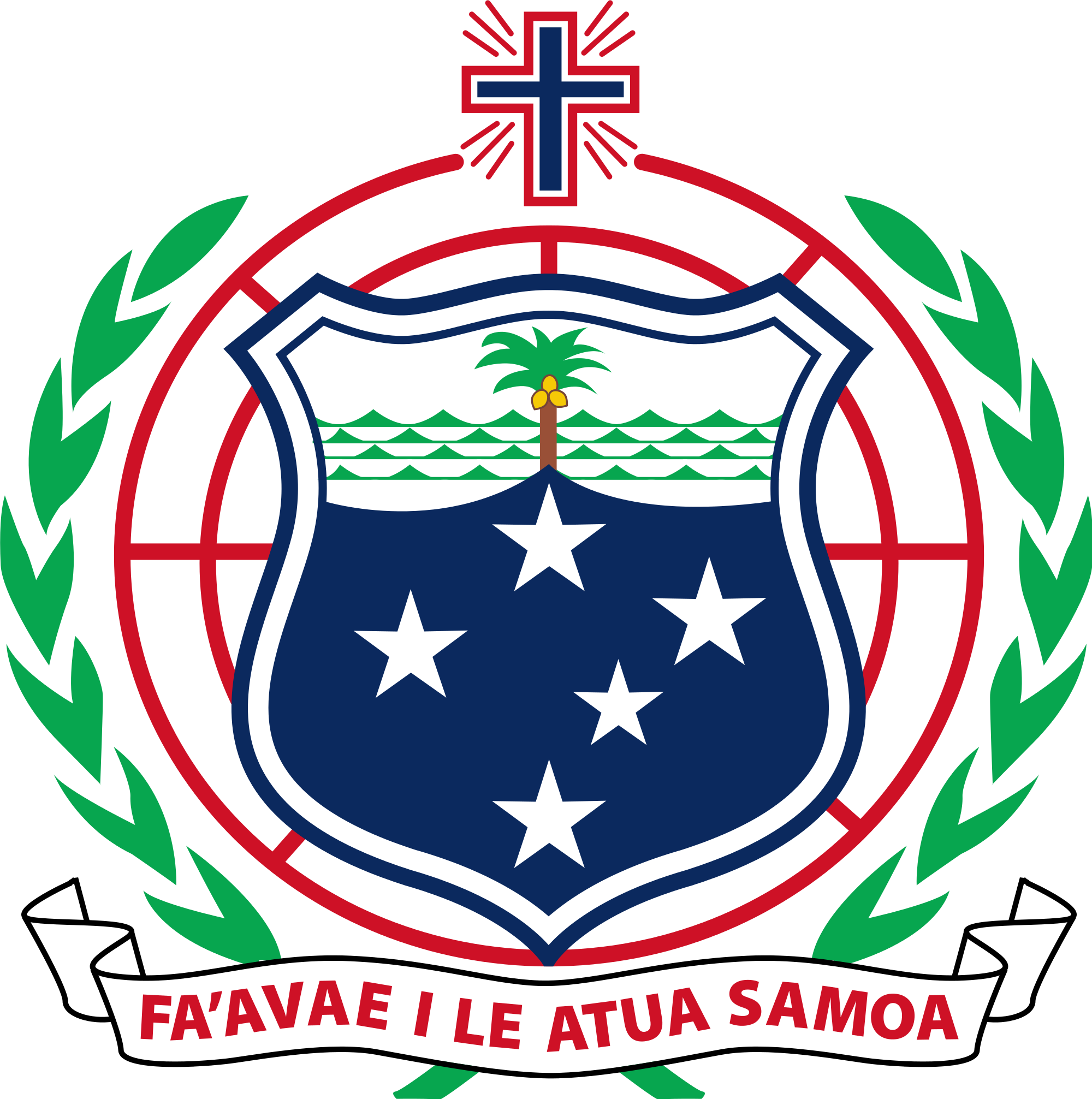 The states located in the southern hemisphere are no different from their northern counterparts - the same desire for independence, the introduction of their own state symbols or emblems. The coat of arms of Samoa has already celebrated its half-century anniversary, since the approval of the main symbol took place back in 1962.

Western Samoa, which existed at that time, gained independence from its neighbor, New Zealand. Hopes and aspirations, the desire for development and prosperity are symbolically reflected on the coat of arms.

One of the most interesting elements of the Samoan coat of arms is the stars, which are located on the shield in a certain configuration. In total, five stars can be counted against a dark blue background, and they have different sizes, and there is no symmetry in their arrangement..

And this is not just a set of symbolic stars, but the Southern Cross constellation, or rather, its stylized image. At one time, it was this constellation that became a reference point for the indigenous people who were engaged in navigation. It helped not to get lost in the ocean and return home safely.

In addition to the stars on the coat of arms of Samoa, there are other, completely earthly objects and symbols:

The role of the constellation Southern Cross in the life of the country has already been mentioned above, an equally important role is played by the ocean and the coconut palm, symbolizing water and food, without which life on the islands is impossible, and they also directly indicate the location of the state.

In addition, the palm tree is an important symbol not only of the country's food security. Traditionally, all parts of the Samoan household were used, for example, trunks for building houses, leaves were used for arranging roofs. Nuts provided valuable coconut milk, copra, were used as utensils.

Since the state of Samoa was under the tutelage of the UN from 1946 to 1962, the symbol of this well-known organization appeared on the coat of arms of an already independent state. With this, the inhabitants of the country expressed their gratitude for the firm policy of the UN leadership in relation to the small island state..

The country's coat of arms also has religious symbols as a sign of gratitude to the Almighty. This is a Latin cross, made in white-red-blue tones and having red rays, as well as a motto written in the lower part of the coat of arms. Free translation says that it is God who is the basis of Samoa (the inscription is made in Samoan).