I wanted to ask everyone what they think about further travel and wintering in Thailand? The situation in Russia is clearly difficult and no improvement is foreseen yet. I think this has already become clear to everyone, even to those who were initially very optimistic..

Personally, I see two scenarios for the development of events: bad and very bad. But each of them is finite, that is, people will get used to new prices, adapt and then go to winter in the same way, because those who run from the climate (or for a better standard of living) will still try to find ways to change their geographic location. And by the way, it may well be that budget travel will be in trend again! 🙂 And then I remember, I have some of my own «fi» spoke when we spent the winter in Tae for 15-20 thousand baht per month, they say, rogue. And now it is already as much as 30-40 thousand rubles, and it may well be that there will be 50-60 pretty soon.

Continuing my thought, I want to say that sooner or later absolutely everyone will feel the rise in price due to the change in the course. Yes, those who are abroad immediately felt this when, when withdrawing from an ATM, they were charged twice as much in rubles, but prices have already grown in Russia and continue to grow until they adjust to the exchange rate in the same way. Upon my return from Poland, I thought I would save on food (compared to Poland), but it wasn’t there, everything has become one and a half times more expensive in the supermarket near my home. Prices for equipment and cars have also grown quite noticeably. The process is inertial, so there is some delay.. 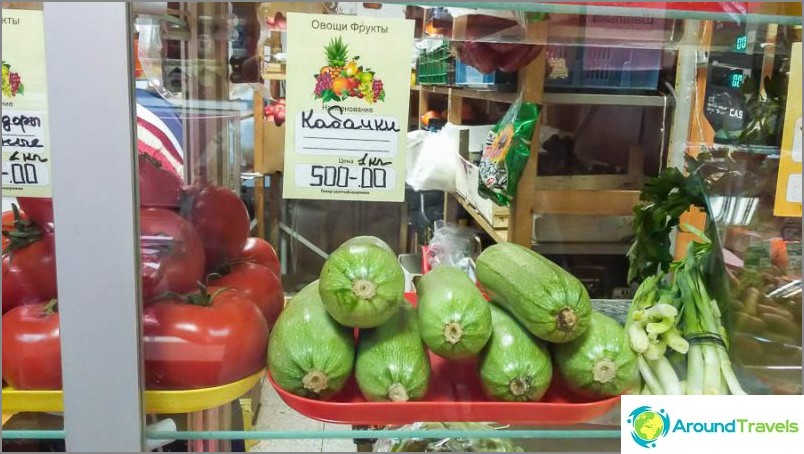 Near our house, Moscow, Butovo.

Thus, after a while we can come to the conclusion that Thailand will again become cheaper than living in Moscow 🙂 For example, if we compare on products. Previously, persimmons could be bought for 80-100 rubles, now it costs about 150-200 rubles. Mango in Tae cost and still costs 50-80 baht, which now, taking into account the course, equals 100-160 rubles. As a result, mango is already cheaper (and even tastier for me) persimmons, albeit not by much.

The only thing that does not yet fit into this scenario is the cost of renting housing. Previously, it was possible to rent an apartment or a house in Tae for 15 thousand baht, which was equal to 15 thousand rubles. Now it is already 30 thousand rubles and coincides with the cost of renting a one-room apartment on the outskirts of Moscow. And while I do not see something that real estate in Russia begins to rise in value (rather, falls). That is, if it were not for the rental of real estate, which makes up the lion's share of the wintering budget, Ty would continue to remain cheap 🙂 This is also the rental of transport ... baht) and ride it all year round. In general, it is only a matter of time before it will be possible to go to «cheap» Tai, but for some he is still more profitable.

Unfortunately, life has become more expensive everywhere, regardless of the country of residence, if your income is in rubles. Apparently, you just need to accept, relax, and move on. As an option, draw some conclusions for yourself so as not to get caught up in such crises every 5 years, but this is already a topic for another post. So for several years we have been working to increase our income and you can hit the road again. Only here I would not really wait for the indexation of salaries, there is nothing to raise them, but, being a sought-after specialist, freelancer, or engaging in Internet projects, you can still raise income.

In terms of the worst-case scenario, some significant changes are seen in the country: unemployment, the collapse of the banking system and the economy, the closure of borders and some kind of riot. You can choose any item from the list or several. If things go in this direction, then everyone will need Thailand / travel not in a couple of years, but in 10 years, when survival ends and life begins. Perhaps it will be in a completely different country and with a different government. True, then a bad scenario will become a bright future for those who wait for it..

So far, everything is moving towards the fact that this particular option will be implemented. It is hard to believe in this, but according to the forecasts of all sorts of smart people, there is a year left to be patient or even less, so that the majority will understand what a difficult situation the country is in and who is the true cause of everything that happens. Although predictions are such a subjective thing, no one knows exactly what will happen next..

Downshifting is back in fashion

A lot of ironic articles appeared on the network, which ridiculed the lifestyle of careless downshifters who return to their homeland and get a job due to lack of money. Only for some reason there was a substitution of concepts, downshifter has always come to mean sloppiness. That is, they took some atypical example and replicated it to the masses. Downshifting does not mean doing nothing, not at all. You can be a downshifter, but at the same time work and earn money, the point is that there is more joy as a result of doing what you love and having a personal life instead of just working from dawn to dawn (career).

Maybe a crisis is the very time when it makes sense to understand what you would like to do in life? It doesn't matter whether remotely or in the office, the main thing is that the profession and the format of the work are to be liked. Perhaps, looking at how savings turned into a pumpkin in a few days, not everyone wants to spend their lives only on material goods. Moreover, if we translate everything into hours / days / years, then a person who earns all his savings for 10 years turns out to have spent 5 of them in vain (exactly half in rubles everyone has lost at the moment). Maybe something else was worth spending these years in parallel?

On the other hand, downshifting is downshifting, but the crisis is also the time when, on the contrary, you will have to work harder. The freebie is over! Healthy competition, no easy money, pumping your abilities. Probably, only those who are not lazy will survive 🙂 That is, there is not so much time to choose your favorite business, you have to act. Although «to work hard» does not at all contradict downshifting in my understanding.

In addition to downshifting, in my opinion, budget travel and savings will be in trend, because there simply will not be funds for consumerism with snobbery. Moreover, with the economy, there was also a substitution of concepts, because in fact, it very rarely means poverty. Savings can be conscious to control their expenses for certain purposes, or simply in order not to spend too much and not regret later, because money = time. Note that any company does not hesitate to keep a budget, plan costs and revenues, calculate and cut unnecessary spending. How is an ordinary person different? Yes, nothing, he also needs to effectively spend his funds.

And in the end, all the same, it all comes down to the fact that travel will be one way or another, albeit later. Perhaps even they will take on a new meaning. Who would have thought 100 years ago that such a huge number of people would travel, and not some brave discoverers, but ordinary people would be able to boast of a dozen visited countries. The world is changing, whether we like it or not, displacement is becoming commonplace..

And here's what else I wanted to say, those who really need to go somewhere, they will look for opportunities. After all, the state of the road, some insights, are sometimes caught even in the reserved seat, which travels to the Black Sea in winter. Well, this is the question of the difference between travel / travel / travelworking and doing nothing for the sake of doing nothing 🙂 Sometimes people went to Tai just to relax / have fun, renting an apartment in Russia or saving up. The number of wintering / trips of this format will decrease, especially when it comes to long trips, there is simply nothing to go and have to work. Also, those who thought about leaving for a while will look for opportunities, because it is better to wait out bad scenarios somewhere else, and not in the epicenter of events..

P.S. It's very interesting who thinks what about wintering / travel and prospects in the next couple of years. Only, pliz, without political shit, I will delete.

P.P.S. Instead of «Thailand» you can substitute any other country, otherwise in the comments everyone only discusses Tai 🙂 The problem of rising prices applies to any travel.