Articles about Australia
by Amber 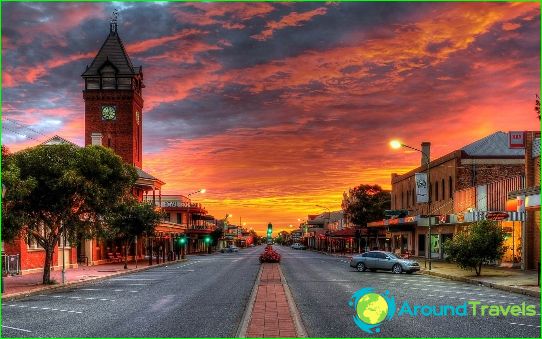 Located apart and occupying an entire continent, Australia is a popular tourist destination among those who have already traveled half the world and decided to please themselves with something especially exotic. It has its own unique flora and fauna, magnificent nature reserves and special national traditions that underlie the culture of Australia. It was formed as a result of a harmonious mixture of cultures of European settlers and the indigenous population..

Literature as a mirror of society

The development of the literary genre of Australian culture can be roughly divided into three stages. Its formation began in the early years of the 19th century, when the successors of English literary traditions settled on a distant continent. Towards the end of the century, writers in Australia are increasingly inclined in their work to the national character of works, and in the twentieth century, due to the rise of the democratic movement, books are becoming more realistic, and their plots increasingly reflect the ordinary life of Australians..
The harsh everyday life of the people was most vividly depicted in their short stories by T. Collins and G. Lawson, and reliably told about the hardships of immigrant life in the novels by J. G. Robertson.

The influence of the architectural traditions of England in the culture of Australia is reflected in the development of cities. The nineteenth century was marked by the construction of mansions in full accordance with the canons of the Georgian style. The buildings were simple in shape, but they looked quite solid. The main features typical for houses of that time were fan-shaped windows that adorned the facade, and symmetrically located chimneys. Fans of architectural landmarks in Australia have something to look at:

It was Melbourne that became the concentration of buildings built in the Victorian style. It is characterized by some pomp and massiveness. Columns are hewn out of stone, moldings and domed towers give the structures a rich look, for which Victorian buildings in Australia were nicknamed "wedding cakes".
Modern architectural structures on a distant continent also attract particular attention. Suffice it to mention the Sydney Opera House or the Harbor Bridge.