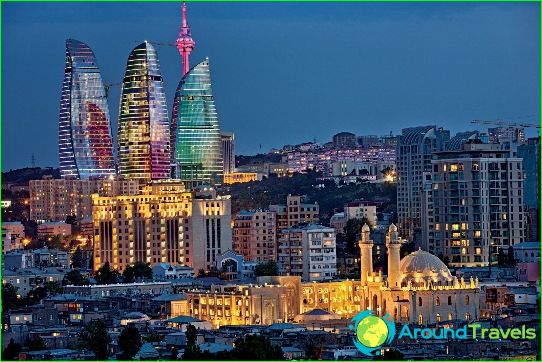 Trying to talk about the beauty and significance of Baku is a thankless job. This city is worth taking a train or plane and in a few hours see its spacious avenues and old medieval streets, enjoy the smell of the sea and admire new modern quarters, learn to sit at a laid table for a long time and understand that real Caucasian hospitality cannot be replaced by anything and with nothing to compare. Tours in Baku are the lot of those who love bright colors, a leisurely pace of life, ancient architecture and generous people.

Baku today is the largest metropolis in the Caucasus, but its history has such long roots that few people remember all its details. Archaeological artifacts have been found on the territory of modern Baku, which make it possible to assert that the Caspian coast was inhabited in these parts as early as the first millennium BC..
As a city, Baku is mentioned in the treatises of the early Middle Ages, and at the end of the XII century, the city became the capital of the State of the Shirvanakhs. It was then that the famous Maiden Tower was built here, which adorns the panorama of majestic Baku today..