Articles about the Caucasus
by Audrey 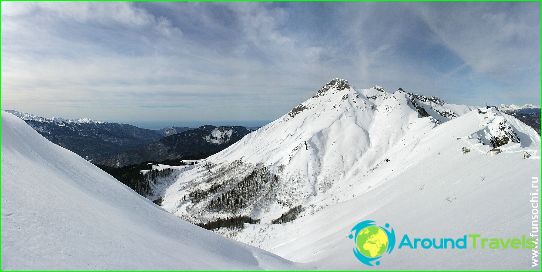 This modest village in the Krasnodar Territory gained worldwide fame after the Winter Olympics 2014 held in Sochi. more modern look.

Krasnaya Polyana is a village in the Caucasus Mountains, located just 40 kilometers from the Black Sea coast. It is reliably protected from strong winds and weather troubles by the Aibga ridge and Mount Achishkho. Once upon a time, mountain Abkhaz tribes lived here, and in May 1864 this place witnessed a parade and a solemn prayer service on the occasion of the end of the war in the Caucasus. The place was named Romanovsk, and five years later the village of Romanovskoye was founded here, renamed in 1920 into Krasnaya Polyana.