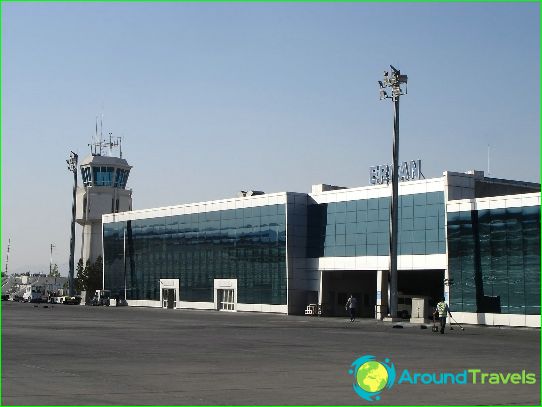 Before Ercan airport, Timvu airport was located on this territory. It was built by Great Britain. At that time, Northern Cyprus was part of the colony of this country. Ercan Airport was used as a military base during World War II.
When Cyprus declared its independence, this airport was abandoned. Only after the emergence of Northern Cyprus as a separate state, it was decided to restore the airport. At the moment it is the largest airport of the unrecognized state of Northern Cyprus.

Airport in Northern Cyprus Ercan has all the services you need on the road. Several cafes can be found here that will feed hungry passengers. There is also a small shopping area where you can find various products..
If necessary, passengers can seek help at the first-aid post..
For passengers with children, there is a mother and child room on the territory of the terminal; in addition, there are specially equipped play areas for children..
Of course, a set of standard services is presented: ATMs, luggage storage, post office, currency exchange, etc..
For passengers traveling in Business Class, the airport offers a separate lounge.

There is a regular bus service from the airport to the city - this is the cheapest option for transportation. Taxi services will be much more expensive, the parking lot of which is located near the terminal building..

Photos of the airport in North Cyprus