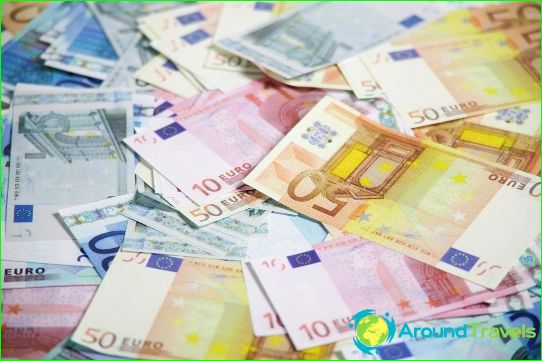 Cyprus is an island state located in the Mediterranean Sea. In 1990, the state filed an application to join the European Union, which was approved in May 2004. Accordingly, the main currency in Cyprus is the euro. Until that time, the main currency of the country was the Cypriot pound. Undoubtedly worth mentioning about the currency of Cyprus before joining the EU.

The Cypriot pound was used as the main currency in Cyprus until the end of 2007. Money in Cyprus appeared in 1879, at the interbank level, this currency had the designation CYP.
Until 1955, one Cypriot pound was equal to 20 shillings (180 piastres). During the period 1955-1960, the Cypriot currency was linked to the pound sterling. Then the so-called millet appeared - the decimal monetary system..
And since October 1983, 1 pound was equal to 100 cents.
It should be said that different countries constantly interfered in the affairs of Cyprus - Greece, Great Britain, Turkey. So in 1973, the northern part of Cyprus began to use the currency of the last country - the Turkish lira..
As noted above, Cyprus is a member of the EU. Before joining the European Union, coins of 1, 2, 5, 10, 20 and 50 cents were circulating in the country. In the form of banknotes, the currency in Cyprus was circulated in 1, 5, 10, 20 and 50 pounds.

What currency to take to Cyprus

Obviously, the best solution to this issue will be the euro. If, for some reason, it is not possible to go to the country with this currency, then you can make an exchange directly in Cyprus.
The import of currency into Cyprus is not limited. Only the duty-free import of currency from non-EU countries is limited.

Until 2017, the exchange rate for the Cypriot pound / euro pair is fixed - for 1 EUR you can get 0.585274 CYP.
It will not be difficult to exchange currency in Cyprus - this can be done at banks, exchange offices, etc. It should be noted that the commission for the exchange in different institutions is different. It is necessary to look for exchange offices with fixed commissions, most often it is 1-2% of the amount. There are also ATMs in cities that work with foreign currency, but the commission for exchange through them can reach 4%
In conclusion, it should be said that it is advisable to avoid notes in denominations of 100 and 200 euros, because they are often fake. In addition, it is necessary to have a reserve of currency of low value, since in stores often there is no opportunity to give change with a large amount.