Articles about Denmark
by Amber 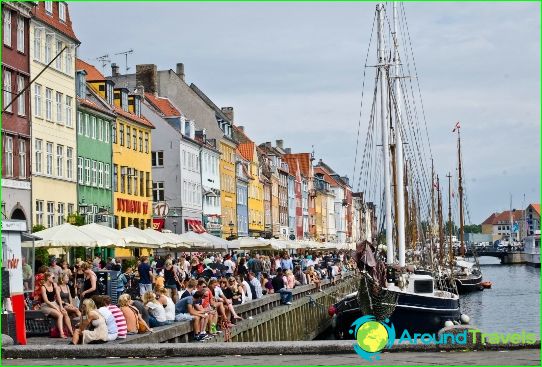 A person who believes in fairy tales and who prefers the modest charm of dim northern colors should definitely visit this country. The Danish kingdom has preserved many architectural sights and historical monuments, the age of which has long passed for a hundred years or more, and its museums are one of the most famous in Europe. The culture of Denmark was born in ancient Scandinavia, and today acquaintance with the country is an excellent opportunity to spend an interesting and rich vacation..

In ancient Scandinavia, there was a special type of poetry called skaldic. Its traditions were formed by the beginning of the 9th century, and their bearers were poets and singers. Skalds lived at the courts of the nobility and composed songs and poetic tales, which they themselves performed. Moreover, a distinctive feature of the works was the complete reliability of the facts they reported. Without admitting a single drop of fiction, the ancient poets, in fact, kept a historical record, allowing the formation and preservation of the culture of Denmark.

The king and his legacy

Frederick V, the king who ruled the state in the middle of the 19th century, played a special role in the preservation of historical monuments in Denmark. Entangled in revolutions and redistribution of power, Europe at that time lost many architectural structures and historical values, but the Danes, who received a constitution from the hands of the monarch, did not start any riots. Thanks to the king and his wise and far-sighted policy, more than six hundred castles, ancient temples, medieval fortresses and cathedrals have survived in the country. For those who wish to get acquainted with the culture of Denmark, the very first to see are recommended: