Coat of arms of egypt 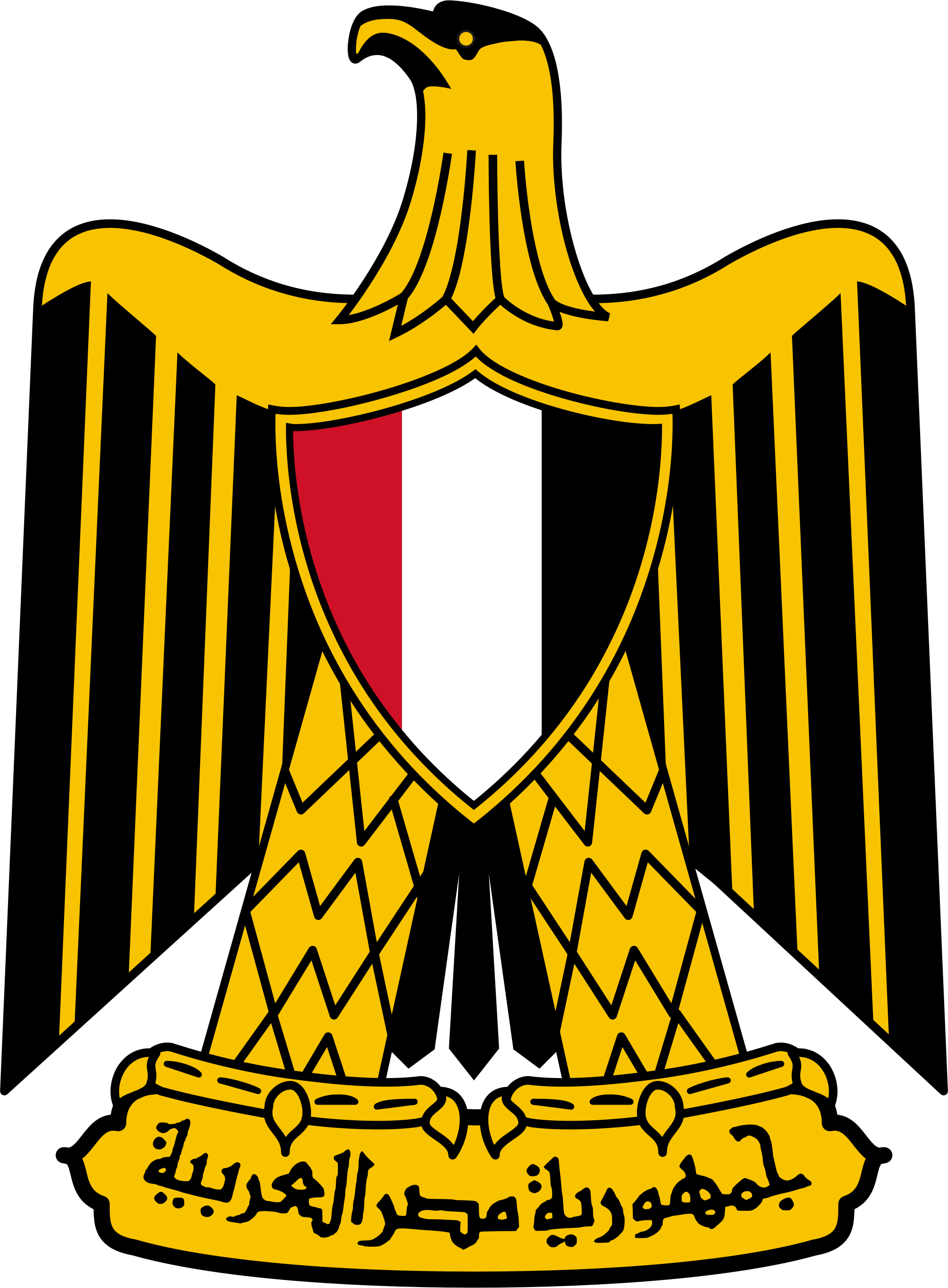 Many tourists argue that everyone entering this country needs to know what the emblem of Egypt looks like, at least as a sign of respect for the warm welcome given to guests. The main state symbol of the North African country appeared not so long ago, a little over a century ago. True, in connection with the sharp changes in the political, economic, cultural course, his images changed and quite dramatically.

At present, on the official documents you can see the emblem of Egypt, worthy of the highest praise of scholars dealing with the history of heraldry. Firstly, rich, simply royal colors were chosen for the main symbol, and secondly, symbols with a deep history were used.

The main colors were: for the field - silver, scarlet and black, for the image of the eagle - gold. The bird is holding a ribbon on which the full name of the country is written in Arabic script. The bird's heart area covers a shield, the colors on it are identical to the colors of the state flag, but placed vertically.

There was a period (1972 - 1984) when, instead of an eagle, a golden hawk appeared on the emblem of Egypt, symbolizing the Federation of Arab Republics, but now the eagle has returned to its historical place on the emblem.

The twentieth century has shown that the main symbol of Egypt can change dramatically and often, everything depends on the will of the ruler. So, in 1914, in order to demonstrate independence from the Ottoman Port, the then ruler of the country introduced a new coat of arms. On the carved scarlet shield were three crescent moons and three stars. The shield was crowned with a crown. This emblem of the state spoke of the belligerence of the ruler Muhammad Ali, since the number three symbolized victories on three continents.

This symbol was valid until 1922, when Egypt became a kingdom and acquired the real royal coat of arms, which featured the following symbols:

The three stars on this coat of arms no longer spoke of military victories, on the contrary, they symbolized the unification of the three states. From 1953 to 1958 the golden eagle acts as the Egyptian main symbol, the next period, 1958 - 1971, the bird changed the color of the plumage, in particular, the wings became black. The new five-year plan was marked by the creation of the Federation of Arab Republics and the return of the golden eagle.