Paris in 2 days: where to go in Paris 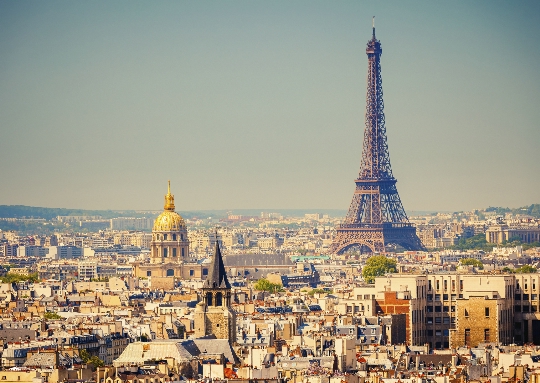 The French capital was not in vain chosen by the influential international organization UNESCO as its headquarters. This city is home to an endless array of architectural and cultural masterpieces worthy of being on the world's most important heritage lists. Trying to see Paris in 2 days can be a great start to a long romance with a city where everyone finds their charm and romance..

The main street of Paris, its symbol, praised by the chansonnier and immortalized by the Impressionists, is the famous Champs Elysees. It is with a walk along them that you can begin your acquaintance with the capital of France. The street starts from the Louvre Museum, which is the largest on the planet. By the way, the Louvre should be devoted to a few hours to see at least its most famous masterpieces:

A walk along the Champs Elysees is almost two kilometers of the most beautiful avenue, where chic shops, expensive restaurants and memorable places are concentrated. The fields cross the Tuileries Gardens, pass by the famous Egyptian obelisk brought from Luxor, escort the traveler under the Arc de Triomphe and rush to the new area of ​​La Defense.

Notre Dame as the spiritual heart of the country

This is what the French call Notre Dame Cathedral, which has been decorating the city for more than seven hundred years. The temple was built on the site of an old Gallo-Roman religious building. Although its dimensions and proportions are inferior to many buildings of the Old World, its lightness and simplicity are no less impressive..
As is customary in Gothic, there are no frescoes in the cathedral, and only the windows serve as a source of light, the stained glass windows of which create an amazing play of colors and shadows in the interior. In the morning and in the evening, cathedral bells herald the arrival of a new day and its end, and the church organ gathers its many admirers, for whom titular musicians play.

In Paris, in 2 days you can have time to get acquainted with haute cuisine. One of the most popular restaurants in the city is located on the Eiffel Tower, from where a magnificent panoramic view of the capital of France opens. It is customary to reserve tables in advance, because there are always more than enough people who want to dine on the rooftop of Paris.