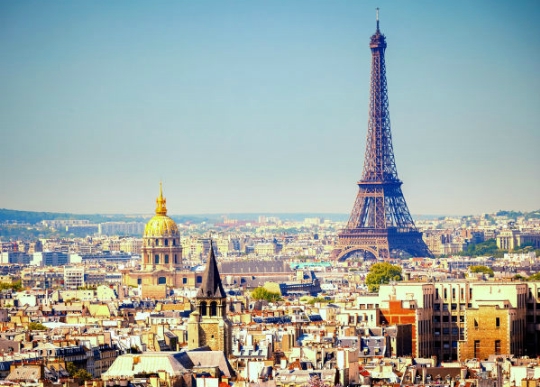 Travel agency France-Excursions presented a number of excursion offers for tourists from Russia planning a vacation in France. Excursions include visits to Parisian landmarks and historical sites in the regions of France. A visit to the famous Disneyland Paris and Asterix Park is planned for children.

Many people start planning their summer vacations well before the start of the season. Travel agency France-Excursions has developed a number of Russian-language excursions that will be of interest to both adults and children..

Paris is rightfully considered one of the most beautiful cities in the world. Excursions in Paris will allow you to visit the famous Parisian museums, palaces and many other places in which the history of modern Europe was formed over the centuries.

Tours can take place in several formats. So, an individual tour with a Russian-speaking guide will help you get an optimally planned excursion that exactly meets the requirements and requests of the client. A group Russian-language excursion is a great way to save money, make new acquaintances and share impressions of what you have seen with fellow travelers.

With the help of a bus tour, you can see many Parisian sights in the shortest possible time, and a walking tour will provide an excellent opportunity to look deep into the narrow Parisian streets and visit places inaccessible to cars and hidden from the city noise. For lovers of evening entertainment, the doors of the famous cabarets are always open «Moulin rouge», «Lido», «Crazy horse» and others.

Children will love Disneyland Paris, one of the most beautiful in the world. You don't have to stand in long lines to visit the amusement park - France-Excursions delivers tickets directly to your hotel in Paris.

Of course, the beautiful places in France are not limited to Paris. The country has a huge number of historical sites that are part of the world cultural heritage. An excursion to the castles of the Loire (Amboise, Chinonceau and Chambord) will help you learn how the most influential and richest people of medieval Europe lived.

A French experience would not be complete without a guided tour of Normandy, which includes visits to cities such as Etretat, Honfleur, Troville and Deauville. The region, located in the northwest of France, has had a global impact on the development of the state. In addition, it was in Normandy on June 6, 1944 that the landing of American, British and Canadian landings opened the famous Second Front in Europe, which finally deprived Germany of the chances of victory..

The list of services from France-Excursions includes a transfer with a Russian-speaking driver from the airport to the hotel. The company's drivers will not only take tourists to the hotel, but also help with registration and settlement. The agency's specialists will help you plan excursions, taking into account the time for moving and the working hours of museums, palaces and other objects. You can apply for a trip to France by phone or by e-mail.