Athens in 1 day: where to go in Athens 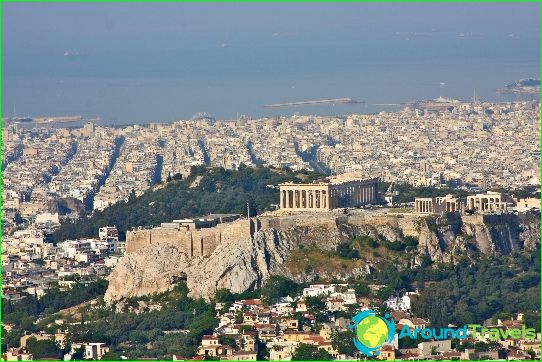 Athens only confirms the famous saying that Greece has everything. It is best to visit the capital of ancient Hellas and explore the legendary ruins and unique monuments with feeling and sense, but even an option  «Athens in 1 day» can be quite viable if you get creative with the process.

Acropolis and its values

If fate has given only one day in the capital of Greece, you shouldn't be scattered about trifles. In such a situation, it is important to prioritize and determine the direction in which to move. The most important landmark of the city is the famous Acropolis, which is a hill with many ancient ruins. Archaeologists believe that the first buildings on the hill appeared in the 5th century BC, when not only majestic temples appeared here, but also magnificent sculptural compositions.
Today the main building of the Acropolis is the Parthenon. The ancient Greek temple was first seen by the inhabitants of Athens in the 440s BC. It was dedicated to the goddess Athena, after whom the Greek capital itself is named. The statue of Athena adorns the Acropolis and is located northwest of the Parthenon. Other attractions in the Acropolis include:

End the excursion «Athens in 1 day» best of all in one of the Greek restaurants, where you have the chance to taste the signature salad in its authentic performance, washed down with excellent local wine. The hospitality of the Greeks knows no boundaries, the average portion in any cafe can pleasantly surprise you with its size, and the charm of the waiters and their desire to make the meal pleasant in all respects adds another plus to the karma of ancient Athens..