Airport in Naples: scheme, photo. How to get to Naples airport 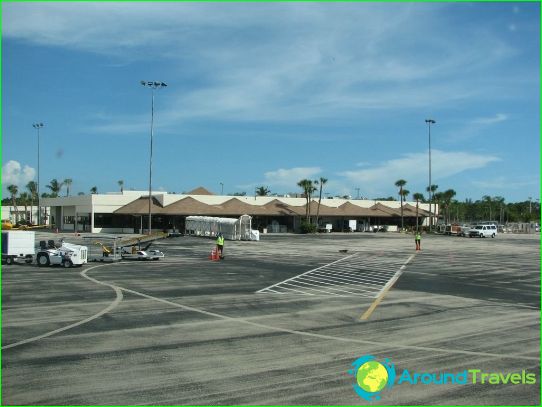 The airport in Naples, often referred to as Capodichino Airport, is located about 6 km from the city of Capodichino. It is the largest airport in southern Italy, serving more than 5 million passengers a year..
The airport in Naples has 2 terminals, which are located relatively far from each other. The first terminal serves most of the flights, while the second is mainly used for charter flights..
Since 2003, Ge.SAC, a subsidiary of the British corporation BAA Limited, has been fully responsible for the airport. The airport will be operated by this company until the end of 2043..
The airport is also used as a military base for the five Italian Air Forces..

The history of the airport begins in 1910. Later, during the First World War, the airport was actively used as a military base to protect the city..
The first commercial transportation began only in the 1950s..
Since 1980, the airport has been operated by the Italian company Ge.SAC, which in 1997 was acquired by the British corporation BAA Limited..

The airport in Naples offers its passengers all the services they need on the road.
You can have a snack in various cafes and restaurants operating on the territory of the terminal.
There are also bank branches, ATMs, post office, luggage storage, etc..
A significant advantage is the availability of free Wi-Fi Internet access. If necessary, you can seek medical help at the first-aid post or buy the necessary medicines at the pharmacy..
Car rental companies operate on the territory of the terminals, so passengers who want to travel around the country on their own can easily rent a car.
There is also a hotel not far from the terminal, which is ready to offer comfortable rooms for relaxation..

Naples can be reached in several ways:

In addition to public transport, the nearest cities can be reached by a rented car..