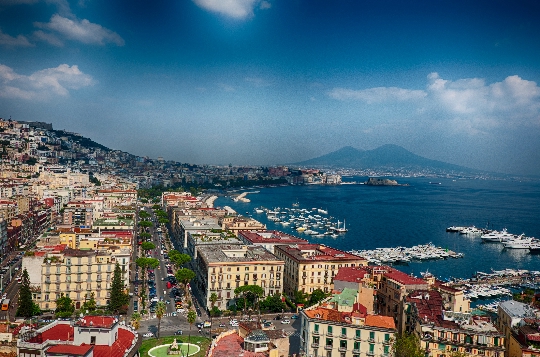 Naples is a picturesque and romantic corner of Italy. Initially, this city was a Greek settlement, but later it becomes part of the Roman Empire, Byzantium, the Kingdom of Sicily, which left an indelible mark on it. Even today, it is a seething cauldron, and the streets of Naples surprisingly combine luxury and southern beauty with poverty..

Often, tourists are offered ready-made tours, during which they are advised to explore the beautiful sights from the standard list. However, you can truly discover this city only by walking along its streets and looking at it the way the locals do. So for those who expect to get more out of travel, it is better to start an independent study of Naples from its streets and squares.

This street is one of the main streets in Naples, it divides the city exactly in half. In ancient times, it was the central artery of the city, but today it is a completely pedestrian zone. Throughout its entire length, you can find many interesting places, and if the walk tires the traveler, he can relax in numerous cafes and restaurants.

Another major street in Naples, popular with tourists. It is known primarily for the fact that here you can get acquainted with the real soul of the city and see how the middle and poor class of the city live. True, unpresentable slums are already giving way to the onslaught of civilization, and tourists have the opportunity to quite calmly explore the surroundings, without fear for their property and life..

This street is a paradise for shopaholics. People come here not to take a photo for memory, but to spend their money. It is here that the largest boutiques of the most famous companies are located, so both locals and tourists rush to shopping here..

Every tourist should include this street in his itinerary. Almost any building located on it is a real work of art. In addition, there are many shops, bars and coffee houses on it, so a rich cultural program is guaranteed..

Borgo degli Orefici is famous for being the center of Naples' jewelery art. In the stores located here, you can buy truly unique jewelry, so lovers of exclusive things should definitely remember this name..

Photos of the streets of Naples