Articles about Mauritius
by Audrey 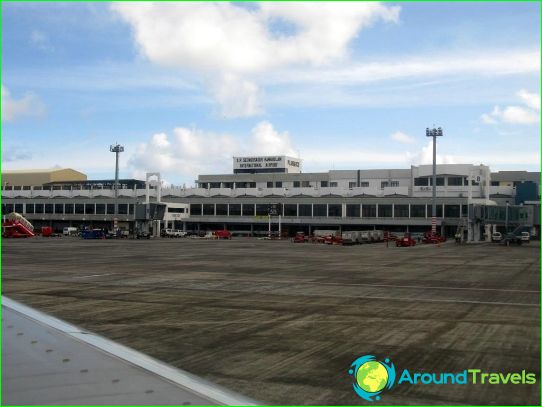 The Republic of Mauritius has only one airport that serves the capital, the city of Port Louis. The airport is located about 45 kilometers south of the city center. This airport is named after the first prime minister of the republic - Seewoosagur Ramgoolam.
In 2013, the airport opened a new passenger terminal D. Lighting equipment for this terminal was supplied by a Russian company «Lighting technology». According to the current Prime Minister of Mauritius, Navinchandra Ramgoolam, who is the son of Seewoosagur, the construction of the new terminal is a very important development in 2013. At the same time, the importance of the project was assessed not only by its costs, about $ 300 million. The main importance is that the new terminal will help give impetus to the development of the republic..
The airport in Mauritius has only one runway and is almost 3400 meters long. More than 2.7 million passengers are served here annually. New Terminal D increases the airport's maximum capacity to 4 million passengers per year.
The main flights from here are directed to Paris, Moscow, Hong Kong, Shanghai, London and other cities in Africa, Europe and Asia.

The airport in Mauritius is ready to provide its passengers with a comfortable stay on its territory. Comfortable waiting rooms allow you to read the latest press or watch TV while waiting for your flight. In addition, there is free Wi-Fi Internet on the territory of the airport, and stationary places with Internet access are equipped..
The terminal has five areas where you can have a snack or a hearty lunch. There is a shopping area in the baggage claim area and after the check-in counters. Here you can buy various goods - cosmetics, souvenirs, perfumes, clothes, food, etc..
Also at the airport there are ATMs, currency exchange, post office, luggage storage, etc..
For passengers with children, there is a mother and child room. In addition, companies that provide cars for rent operate on the territory of the terminals.

There are several ways to get from the airport to the city - this is a bus, taxi or a rented car.

Photos of the airport in Mauritius