Articles about Paraguay
by Amber 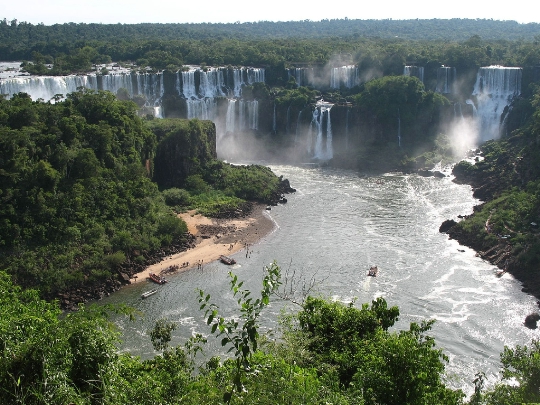 A distant, exotic in the understanding of many Europeans, the country is at the same time considered the most homogeneous in ethnicity among the states of Latin America. The national characteristics of Paraguay are explained precisely by the fact that most of the population is mestizo, in whose veins the blood of native Indians and Spanish conquistadors flows..

And only a small fraction are communities of representatives of other nationalities and cultures. In addition, culturologists note, ethnic Germans, Italians, Chinese have managed to organically fit into the local society. Any resident of the country will emphasize his national roots, while proudly calling himself a Paraguayan. And this is an important achievement of society, contributing to the unification of the country..

The cell of society is its foundation and driving force, the Paraguayan family is not only close relatives. It includes several generations of close and distant relatives, godparents and even friends. Such a community plays an important role in the life of every person, as it influences the most important decisions regarding the creation of a family, the birth and upbringing of children, the choice of work..

They approach the choice of godparents very strictly, strive to ensure that the godparents chosen for this role are higher on the social ladder. They should help the godson, provide all-round support. But the corresponding signs of attention and honor are given to them, they become family members, are considered the most honored guests at the holidays..

There are also negative aspects of the manifestation of nepotism, when a tourist is deprived of the attention of the seller only because he is at this time busy talking with a relative or godfather. You should not consider this a manifestation of callousness and disrespect for foreigners, for most Paraguayans, the family comes first..

Conservativeness is a character trait

Commitment to family, family values, traditions and rituals of their people are striking features that characterize a true Paraguayan. It can also be noted that they are very religious. At first glance, it seems that the role of the Church here is less than in neighboring countries professing Catholicism..

In fact, Paraguayan ministers of the Church take an active part in the worldly life of their parishioners, govern communities, and even administer justice (at the request of those same residents). In addition to Catholicism, other world religions are represented in the country, while representatives of different confessions are tolerant towards each other and people of a different faith.