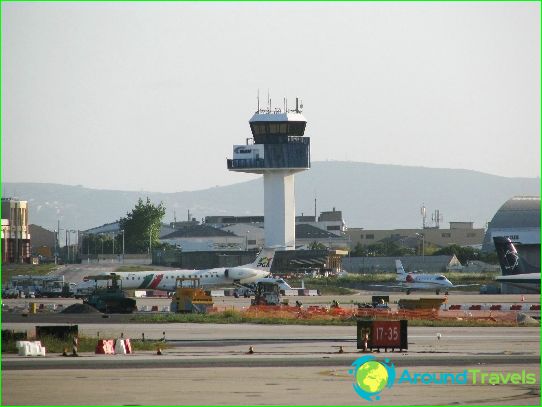 Portela is the name of the largest international airport in Portugal, which is located in the capital of the country. The airport accepts flights from different countries of the world, for most tourists it often serves as a connecting point when flying to other cities of the country or to Brazil.
Portela Airport belongs to the state-owned company ANA, which, incidentally, also owns the second largest airport in Portugal - Faro. In addition to international flights, domestic flights are also served here..
Due to the constant growth of passenger traffic, it was decided to start construction of an additional airport in the city of Alkoshete, which will slightly relieve the main airport..

The airport in Lisbon has three terminals, two of which are civilian and one military, known as «Figo Madura». Special buses carry passengers between civil terminals.
The airport in Lisbon is large enough to provide a wide range of services. A large number of shops are open for passengers, including Duty-free shops. There are also shops selling Portuguese wines. Souvenir shops.
A set of standard services: post office, bank representative offices, round-the-clock ATMs, currency exchange, Internet access, first-aid post, shower, etc..

Small passengers will not be left without attention, the airport offers a room for mother and child. There is also a children's playground.
For passengers with small children there is a separate room with changing tables.

You can get from the airport to the city in the following ways: