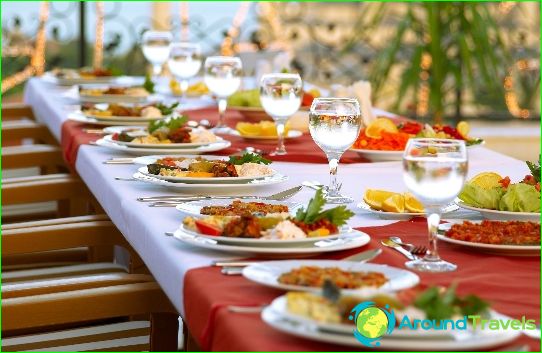 Singapore, which is hardly noticeable on the map, whose territory occupies only 171 places in the world in terms of area, nevertheless, can give one hundred points ahead of any state in terms of the number of points where you can eat. Restaurants in Singapore are literally at every turn, and by their nationality you can study geography. Located at the crossroads of Asian transport and trade routes and home to emigrants from dozens of countries, Singapore gratefully absorbed their traditions and customs to become one of the most cosmopolitan countries on the planet's map..

This is the number of catering outlets marked on the map of Singapore, and therefore it is not easy to make a choice. You will have to be guided by the size of your wallet, culinary preferences and common sense:

Tipping is not accepted in Singapore restaurants and should not be offered, so as not to embarrass staff. Some establishments already include a service commission in the bill, which greatly eases the position of a generous guest who wants to mark a waiter he likes..