Geneva in 1 day: where to go in Geneva

Articles about Geneva
by Amber 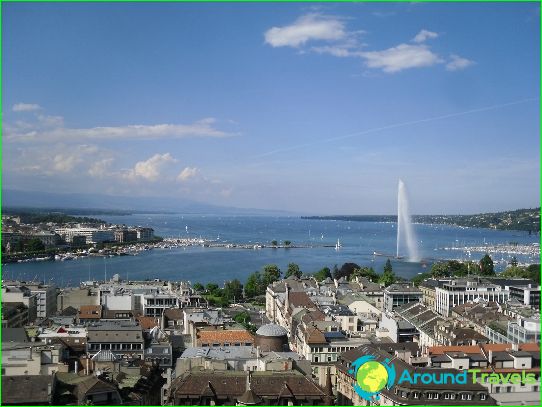 On the shores of Lake Geneva is the second largest Swiss city, whose history goes back at least two millennia. Geneva is surrounded by picturesque Alpine mountains and peaks of the Jura system. Its main natural attraction is the Mont Blanc peak. Reaching an altitude of 4810 meters, the mountain is visible from almost every corner of the city. Tourists who come here for the first time may think that the project «Geneva in 1 day» - the event is fantastic, but in fact, it is quite possible to see the main memorable places in just a few hours.

The main city's Cathedral of St. Peter is also the main attraction of Geneva. Its construction began in the XII century, although the temple on this site had already existed eight centuries earlier. The main feature of the Geneva Cathedral is the combination of several architectural styles at once. It acquired Romanesque, Gothic features and notes of classicism in the course of a long construction process: its construction continued until the 18th century. The main relic, carefully kept under the vaults of the temple, is Calvin's chair. Church reformer and theologian, John Calvin founded Calvinism as a religious trend.

Many of its inhabitants consider the fountain to be the symbol of the city, which has existed on the water of Lake Geneva since 1891. Its opening was timed to coincide with the 600th anniversary of the state, and the height of the water jet was then 90 meters. In the middle of the twentieth century, the equipment for the fountain was reconstructed, and today its 140-meter height is provided by a pumping station at the bottom of the lake. The fountain is beautifully illuminated at night and is one of the largest in the world. The jet speed reaches record marks of 200 km / h, and the flow rate is 500 liters every second..

Geneva in 1 day gives you the opportunity to visit one of the most unique museums in the Old World. Gallery «Petit Palais» gathered under her roof an exposition of works by contemporary painters. Marc Chagall and Renoir, Salvador Dali and Gauguin - in the museum you can spend many hours contemplating the best paintings of the most talented artists. The gallery was funded by philanthropist Oscar Gez and opened in 1968. «Small palace» in Geneva is capable of delighting art lovers and is quite suitable for a visit as part of a one-day city tour.

The vast majority of Geneva shops are located on the left bank of the Rhone, which crosses the city. Here you can buy watches, chocolates, antiques and jewelry. The Right Bank is a great place for lunch or dinner at any of the local restaurants or cafes..