Articles about Pattaya
by Ashley 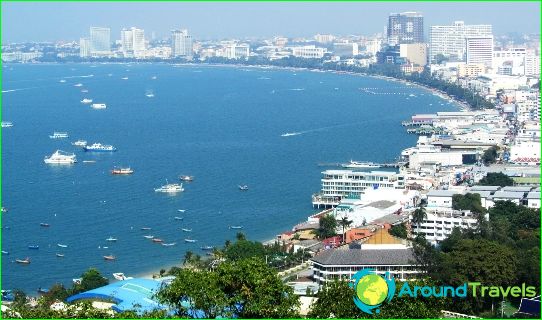 The most resort of all Thai cities, Pattaya is located on the shores of the Gulf of Thailand. There are no large industrial enterprises here, and almost all residents of the city work in the tourism sector. Going on tours to Pattaya, it is enough to take your passport and credit card with you, and everything else at the resort can be bought or rented inexpensively..

The subequatorial climate in the city provides a distinct rainy season. The wettest period starts in Pattaya in March and ends only in November. During the summer months, the amount of rain falls slightly, but the air remains humid. Heavy rain record holders - September and October.
The optimal dates for a tour to Pattaya are December, January and February. During this period, the air temperature is close to +30, but the absence of heavy rainfall makes the weather comfortable and favorable for rest..

Among the attractions worth visiting during your tour to Pattaya is the Golden Buddha, carved into the side of Khao Chi cliff. Its height exceeds 100 meters, and the image is dedicated to the half-century anniversary of the reign of King Rama IX. Despite the fairly young age of the attraction, which was opened in 1996, the Buddha enjoys great attention of tourists coming to the resort..