Articles about Thailand
by Ashley

Holidays in Thailand in March 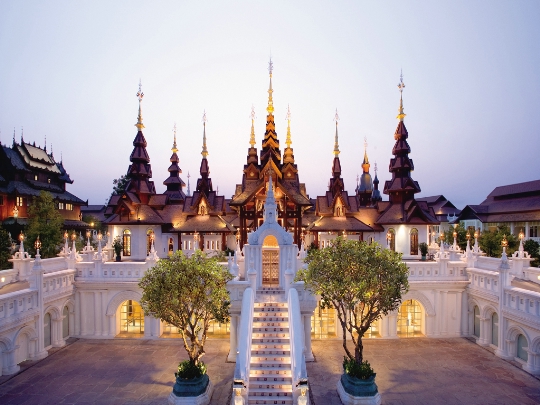 Almost all tourists, including the laziest, have paved the way to the southeastern parts of Asia. Holidays in Thailand, comparable to paradise, will not leave anyone indifferent. Despite the popularity of tourist routes, a vacation in Thailand in March can open the most beautiful and exotic corners of this ancient state..

The tropical climate prevailing in the country determines the weather conditions in March as well. At this time in Thailand - the hot season, temperature records are within +42 ° C. A tourist who chooses March for rest should carefully consider what he will do with his time. Or choose a specific route, for example, the north of the country is cooler and the humidity is still at the minimum mark.

The difference between local hotels and hotels is the absence of stars on the facades, which are usual for Europeans, tourist operators, as a rule, independently determine the level and, accordingly, the price.

There are opportunities for relaxation and comfortable, «packed» hotels, and rather modest bungalows. Multi-storey hotels are absent a priori, so as not to close the local natural beauty.

On March 13, the indigenous people of Thailand and numerous high-level holidaymakers celebrate Thai Elephant Day. The outline of the country resembles the head of this beautiful, large and strong animal. Thousands of spectators gather for the holiday near Bangkok. Elephant exhibitions are held here, treats for people and noble animals are prepared. Colorful performances and shows with the participation of elephants continue until late at night.

The second sacred animal revered in Thailand is the dragon or snake. That is why another important event takes place in the spring, the festival, during which thousands of kites are launched. The main thing is the competition between the male and female snake, the task of each of the teams is to drag the opponent to its half of the field. Victory depends not only on the coherence of the team members, but also on the design features. During the festival, many guests from different countries bring their original kites for demonstration.

Thai boxing in the state is not considered a sport, but a real art, and even has its own red day in the Thai calendar. Tourists vacationing in Thailand in March can become spectators of beautiful fights for the title of the best fighter.