Home › Articles about Ukraine › Airport in Chernivtsi: scheme, photo. How to get to Chernivtsi airport

Airport in Chernivtsi: scheme, photo. How to get to Chernivtsi airport 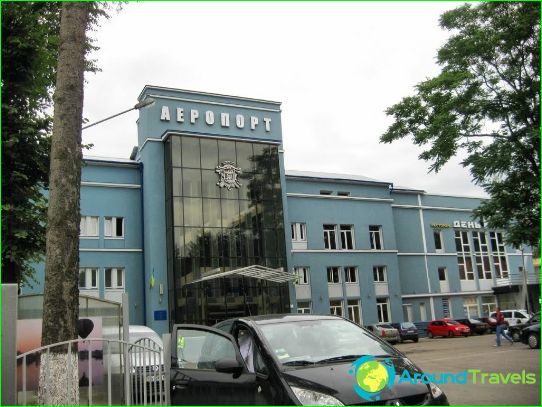 The international airport in Chernivtsi is located just 30 kilometers from the border with Romania, in the southwestern part of Ukraine. This geographical location makes the airline attractive to European passenger and cargo airlines..
The arsenal of the airline includes two runways. The main runway is an artificial one, covered with asphalt concrete and a length of 2.2 km, capable of receiving aircraft such as An-12, TU-134, Yak-40 and similar aircraft with a takeoff weight of up to 75 tons. The runway is equipped with a modern drive radio station and a course-glide system, they allow aircraft to land in poor visibility conditions.
The second runway is unpaved, located parallel to the artificial one, is practically not used.
The airport has been cooperating for a long time with the Romanian airline "Carpatair", which operates regular flights to Timisoara airport in Romania, and the company YANAIR, which operates air transportation to Kiev. In addition, there are regular cargo and postal flights from the airport in Chernivtsi..

The first aircraft appeared in Chernivtsi back in 1910. When the first flight over the city was made by the engineer-aviator J. Kashpar. Since then, the aviation in Chernivtsi took part in the hostilities of the First and Second World Wars, underwent serious reorganizations and changes, rapidly developing and opening new air links with Poland, Romania, Russia.
In the 30s of the last century, the first flight school was opened in Chernivtsi, only 7 people became students, and by the end of the first five-year plan, the school had already 3 aircraft in service, having made more than eight thousand flights.
After the Second World War, a technical re-equipment of the airline was carried out, thanks to which the airport begins civil air transportation to the cities of Ukraine and the Soviet Union, takes part in agricultural and chemical activities in Romania, Bulgaria, Czechoslovakia.
In 1971, a large-scale reconstruction of the airport was carried out. After that, the capacity of the enterprise increased significantly and the geography of flights expanded. The dawn of the air harbor came in the 80s. When passenger traffic to the countries of the Soviet Union almost tripled.

The airport in Chernivtsi operates around the clock and has a standard set of services that meet the requirements of international standards.