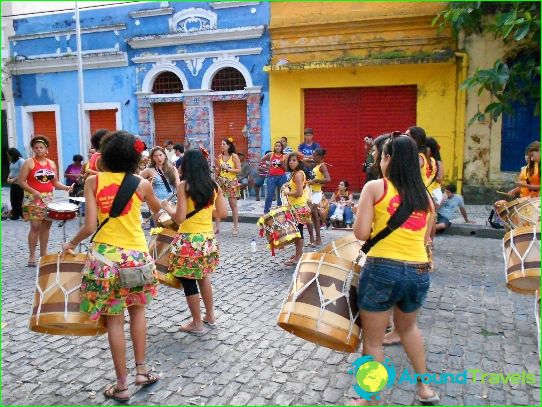 Located in faraway South America, Brazil is a vivid, literally and figuratively, an example of how a mixture of customs, ethnic groups and national preferences can produce a quality product called culture.
In a country where for many decades the indigenous inhabitants of the Indians, the Portuguese colonialists, African slaves, immigrants of all races and nationalities existed side by side, prerequisites for the emergence of a special heritage, for which now thousands of tourists are storming planes flying to South America ... But the culture of Brazil is not only an annual incendiary carnival, football passions on the field of the world's most famous stadium and hot dances on the beaches of Copacabana..

Paolo Coelho and his books

This author has not read, probably only lazy. He traveled a lot and literally absorbed everything that wanderings and the people he met in them offered him. In the 80s of the last century, the literary world was literally blown up by his first books "The Diary of a Magician" and "The Alchemist", after which Paolo Coelho was quite reasonably called a "Brazilian miracle".
As for the writers who made a significant contribution to the culture of Brazil a little earlier, then the solid list is undoubtedly headed by J. M. de Assis. Born into an African-European family, he, like no one else, understood and transferred to paper the problems and aspirations of an ordinary person, and therefore his work is close and understandable to every citizen of the country..

The UNESCO World Cultural Heritage lists contain 19 Brazilian sites, man-made and the most widely known of which are undoubtedly: