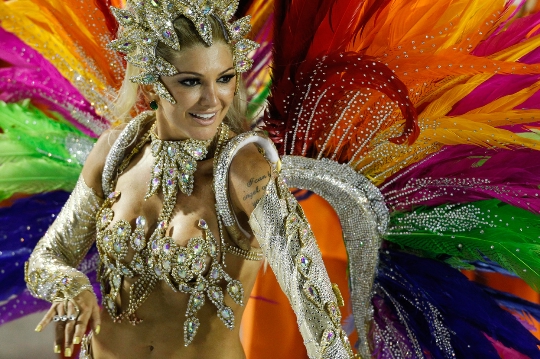 Like many other states of the New World, Brazil has brought together emigrants from all over the world. Portuguese and Germans, Japanese and Arabs, Chinese and Indians - in the vast expanses of the country, where there are many wild monkeys, today it is so easy to meet a native from any continent. The customs of Indians, Europeans and Africans for several centuries seemed to be boiled in a large cauldron, and the result was a bright, aromatic and distinctive dish called "traditions of Brazil".

Jeitinho brasileiro as a lifestyle

The concept in the title means the special demeanor of the Brazilian, which combines the ability to get out of the most difficult situation, without straining and even showing some visible disregard for the problem. In the traditions of Brazil, there is some lack of punctuality and inattention to responsibilities, even if they include business relationships.
Putting off solving a problem or doing work until the last moment is a kind of hope that the situation will resolve itself, and therefore, when dealing with Brazilians, it is important to control agreements. When planning travel around the country, leave enough time for docking, bearing in mind the real possibility of late public transport and other unforeseen circumstances.

They breathe football and carnival

The national treasure and one of the most important traditions of Brazil is playing football. At the time of championships and competitions of any level, life freezes here, and everyone, young and old, sticks to TV screens or hang out in sports arenas. Each town in the country has its own team, and the loss to the Brazilian national team is perceived elsewhere as a national tragedy..
The second great love of Brazilians is the annual carnival in Rio, which for a few days turns the city into a bright and fabulous capital of dance. In the rhythms of samba, thousands of enthusiastic and perfectly controlling people pass through the streets of Rio, and millions of tourists annually make a significant contribution to the country's economy..

When visiting South America, be prepared for the fact that some of the traditions of Brazil may not seem too familiar to you: