Coat of arms of Croatia 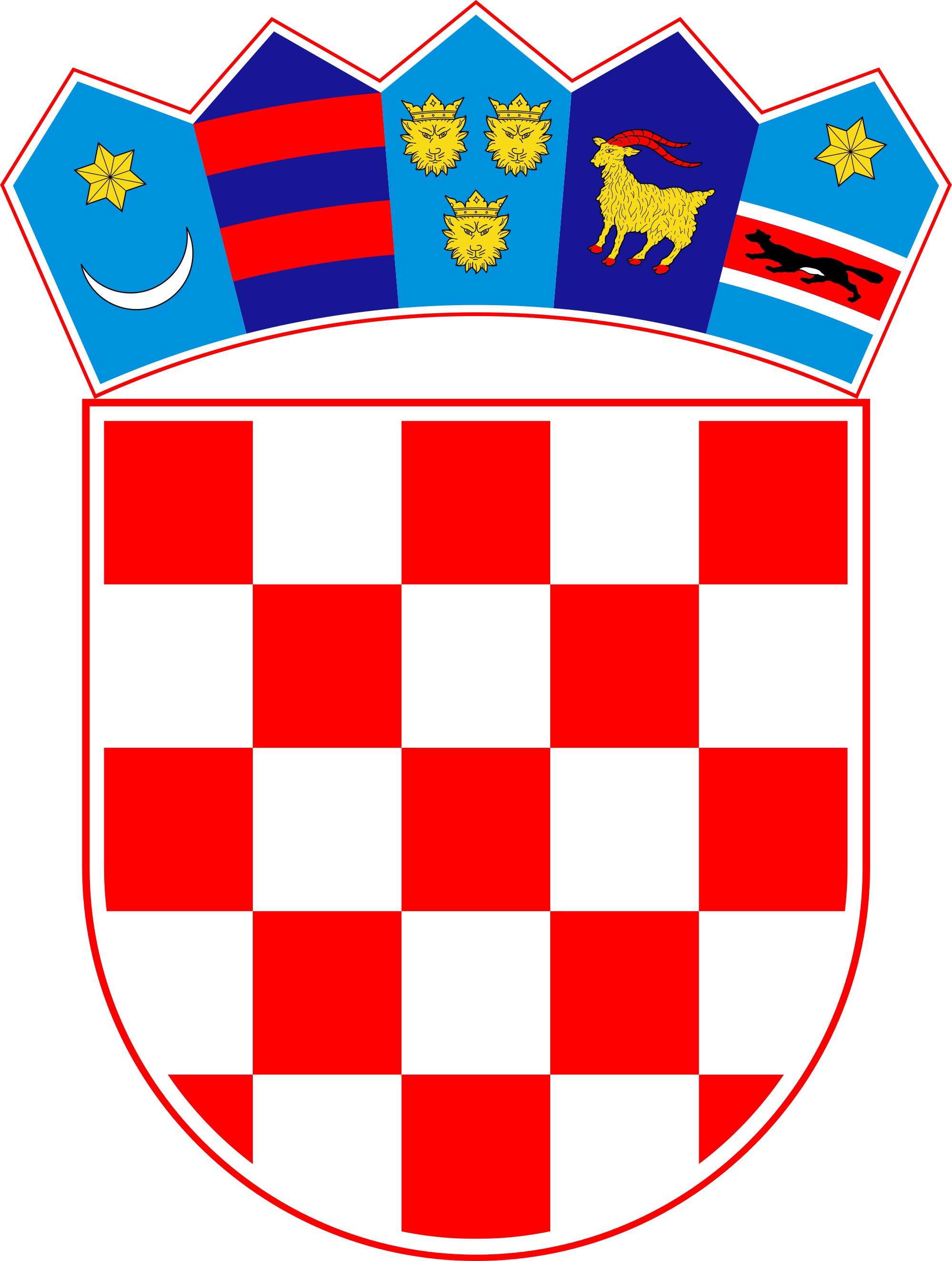 At first glance, the coat of arms of Croatia does not seem very serious, as if it was invented by some cheerful chess lover. But if you dig deeper, you can see that the colors and symbols that adorn the main official symbol were known a thousand years ago. And this speaks volumes, first of all, about the country's desire not to forget its historical roots, to clearly demonstrate the connection between times and generations..

Chess is a game of winners

Indeed, the shield of modern Croatia resembles a chessboard, but there is a difference in color, since scarlet and silver colors are used (in everyday life, red and white). Also, the number of squares differs from the board on which pawns and bishops move..

On the other hand, the appearance of such a coloring is not accidental and is associated precisely with the ancient board game. The events described took place in the 10th century. Svetoslav Suronia, King of Croatia, was supposed to play chess with Pietro II, the Doge of Venice.

At stake in this unusual game were the cities of Dalmatia, which the winner would be entitled to own. It is clear that Svetoslav prevailed in the chess game, who depicted on his own coat of arms a chessboard as a symbol of victory.

Experts in the field of Croatian heraldry assure that since January 1, 1527, the coat of arms of the kingdom looked like a chessboard, and, moreover, it was represented by 64 cells, and the colors of scarlet and silver were initially chosen.

When these territories became part of the great Austro-Hungarian Empire, they did not lose the main symbol of the kingdom. But since Croatia has united with Slavonia, the coat of arms has also changed. There were fewer cells, the shield was framed, and the top was crowned with a golden crown with sapphires and rubies.

The independent state of Croatia, which existed from 1941 to 1945, lost its crown again, but acquired a badge. It was in the form of a red (scarlet) triple ribbon intertwining and forming a star. In the middle, a Latin letter was depicted in dark blue «U».

After the end of World War II, Croatia, which had not voluntarily joined the socialist camp, received a new coat of arms. Thanks to the neutrality of the central symbol, the People's Republic of Croatia and the Socialist Republic of Croatia retained their red and white checkerboard. True, other symbols were added, such as the rising sun, the sea, the red star and ears.

1991 returned the historical coat of arms to the independent state of Croatia. Added a stylized image of the crown, consisting of five fragments, symbolizing Illyria, Dalmatia, Dubrovnik, Istria and Slavonia.