Home › Articles about Haiti › Capital of Haiti: map, photo. What is the capital city of Haiti?

Capital of Haiti: map, photo. What is the capital city of Haiti?

Articles about Haiti
by Alyssa

Port-au-Prince - the capital of Haiti 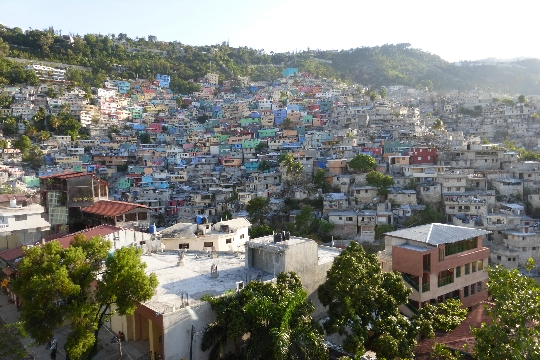 The Republic of Haiti is located on the island of the same name and shares this piece of land with the Dominican Republic. This state is insular. Most of the 10 million people live on the main island, the rest on the adjacent ones. About 900 thousand people live in the capital of Haiti, Port-au-Prince..

The city is a very beautiful place. It is hidden from prying eyes in Gonave Bay. Since ancient times, this settlement has been the economic and commercial center of the state. The French colonialists founded the capital in 1749, immediately after that and to this day, the city remains the largest settlement in the country..

Port-au-Prince is clearly divided into districts. The sleeping areas are elevated, away from the bay. Commercial buildings and business districts, on the other hand, are built closer to the water. Nobody can name the exact number of people who live in the city. The fact is that the outskirts of the capital are covered with hills, on which slums are rapidly growing. Many believe that the entire population of the city is about 3.7 million inhabitants, which is about half of the total population of the state..

In 2010, Haiti was hit by a strong earthquake that killed 230,000 people. Most of the buildings were destroyed or damaged.

Cultural significance of the city

Port-au-Prince is a very peculiar settlement. The city center is dressed up and beautiful thanks to the houses made of white stone. The Cham de Mars square has always attracted special attention of tourists. Here, talented architects managed to skillfully and organically combine the wonderful park and the square, where parades are regularly held. Independence Square is also a beautiful landmark.

The city of Port-au-Prince occupies an important place in the history and life of the state. Among the main attractions are Fort Saint-Jacques and the Cathedral of the Holy Trinity. Each of these structures carries its own semantic load and means a lot to the residents of the city.

Hundreds of thousands of tourists come to the capital of the Republic of Haiti every year. They want to relax in wonderful resorts and enjoy exotic nature.